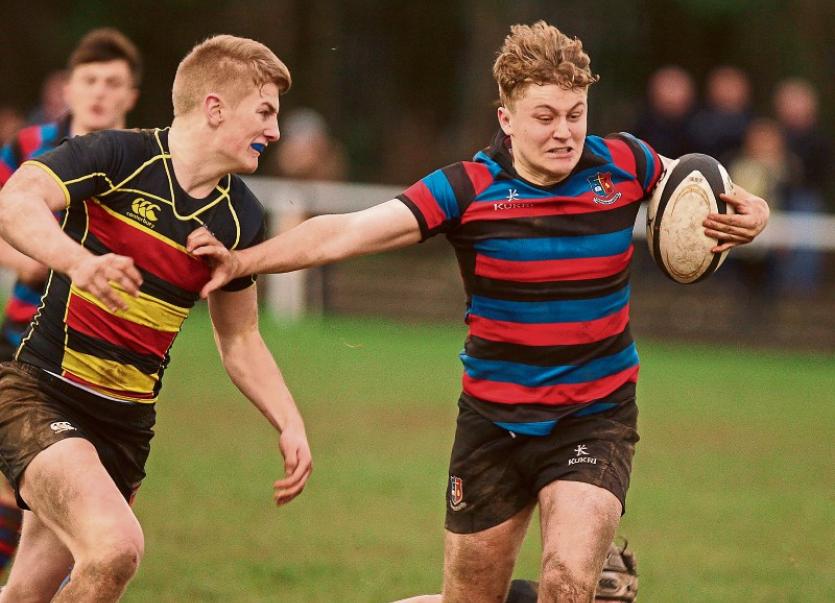 ST Munchin’s College’s Munster Schools Senior Cup clash with Bandon Grammar School, scheduled to take place today, has been postponed due to an objection by the Corbally side over the eligibility of an Ardscoil Ris player in the previous round.

The Junior Cup second round tie between Castletroy College and Bandon Grammar School scheduled for today in Bandon RFC has been postponed as a result of the poor weather.

The double header of second round Schools Cup fixtures scheduled for Thomond Park today has been switched to the 4G rugby pitches at UL. Crescent College Comprehensive will take on Glenstal Abbey in the Senior Cup at 3.30pm with Ardscoil Ris and St Clement’s meeting in the Junior Cup at 2pm.

St Munchin’s had been due to travel to Bandon RFC today for the second round Senior Cup game. However, it was confirmed yesterday that the game had been postponed and will be refixed for a later date.

Gamesmaster at St Munchin’s College, Eric Nelligan confirmed they lodged an objection over the eligibility of an Ardscoil Ris player following the sides’ first round Cup meeting at Clifford Park on Thursday last. Ardscoil won that game 18-15.

In order to allow time for the objection for the heard, as well as any possible appeal to be dealt with, it was decided to postpone the second round tie.

The game was originally refixed for this Friday in Bandon, but an announcement was made on Tuesday evening that it was being deferred due to an unplayable pitch and a new date would be announced shortly.

The quarter-finals of the Munster Schools Senior Cup are due to take place next week.