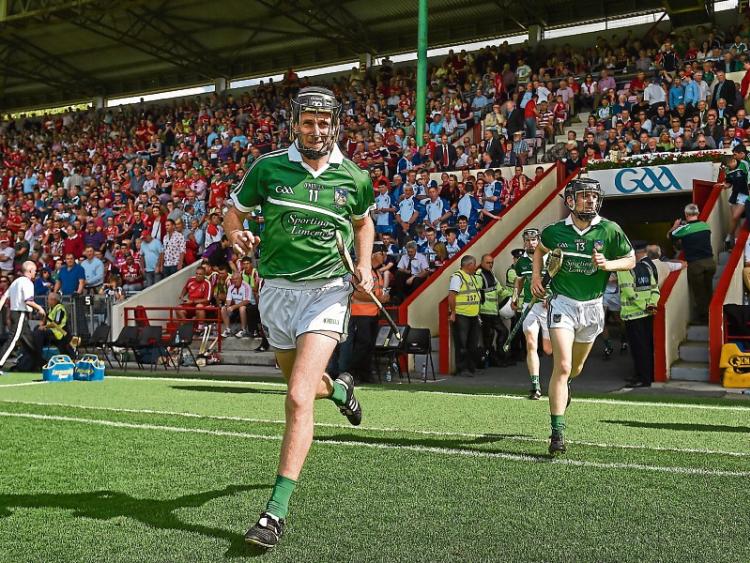 Most Limerick supporters expected Donal O’Grady would call time on his career and last weekend through his manager TJ Ryan the Granagh-Ballingarry man walked away from the inter-county stage.

It was done with dignity and little fuss. Over many years Donal O’Grady gave outstanding service to Limerick GAA and in so many ways was a model county man. He enjoyed high profile in recent years but to his credit he never allowed it come in the way of his hurling.

The decision to leave behind what has been very much part of his life must have been difficult for him but he has made the right decision. I am sure he must have found the last couple of years difficult. Wear and tear coupled with injury and a lack of form would have eased him towards making such a call but during his time with Limerick he always wore the jersey with great pride.

Performing on the pitch is very important but how a player handles himself away from it also provides a measure of the man and in that regard Donal O’Grady led by example. It took him a while to develop as a hurler but he showed great dedication to the game and was later rewarded.

The art of reading the game is slowly dying but in the case of O’Grady he had it off to a fine art. It was not by accident that he was so often in space to take the pass and score. He could read the game and put himself in a scoring position. He hurled with the left hand on top and was free flowing in his movement.

When he got the ball in front of the man he had the knack of spinning away from them. Good players don’t make too much fuss and this was very much the case with the West Limerick man. He quietly went about his business and for many years was one of the leading players in the game.

Donal O’Grady was ready to take his chance at senior level when it arrived. He had put down four years at intermediate level and those years served him well. They allowed him develop his hurling in a less pressurised environment and that would stand to him down the line.

Playing for your county 46 times at championship level is a major achievement. Throw in league games and close on two thousand training sessions over all his years and it amounts to huge dedication to wearing the Limerick jersey. Some players have given the same time for Limerick and had little to show for it but in the case of O’Grady he at least had the pleasure of captaining Limerick to Munster honours.

That day in the Gaelic Grounds will live long in his memory. For the first time in years he will have some time to reflect and that and many more occasions will come back to him. Like others he had days when it didn’t happen for him but over he had a very fulfilled career.

The games now are very demanding and require huge effort from players. Some would say the fun has long gone out of our games as players train 4/5 times a week. It takes huge personal dedication for a player like Donal O’Grady to play at the highest level for so many years.

His first introduction to championship came in 2004 as a sub but a year later he was to become a regular starter. To be picked as captain had to be a great honour for him and his family. Gaelic games is a way of life around Granagh-Ballingarry and over many decades the club produced some great players. Tradition and pride of place would have meant a lot to him and that would have played a part in his leadership qualities.

When all settles down Donal O’Grady can look back with great pride. The side board will have many medals and memories. It’s a great honour to play for Limerick and as a county we have great pride in those wearing the green jersey. Some come and go and leave little impression but this was not the case with O’Grady.

He never courted the media and it was refreshing to see how he chose to call time on his career. No statement from the GPA like others.

Just a simple message passed on via the manager. I saw Donal O’Grady play most of his games with Limerick. Indeed I saw him play many club games also. What stands out for me about him is that he was an honest player. A player that played fair but if tested had the steel to reply.

It takes a player of quality to last as long as he did. Some are only starting out with Limerick and if they mirror themselves on Donal O’Grady they won’t go too far wrong. I think also of the many people that would have played a part in developing his hurling over many years. To the lads that first trained him in Ballingarry and many others that followed. They played a key part in his journey.

It also takes great family support and he was well served in that regard. It will take him a while to come to terms with leaving the stage. As the ground gets harder and the smell of freshly cut grass lingers in the air his mind will play tricks on him.

Donal O’Grady’s jersey is now handed over, he wore it with pride and I wish him and his family well for the future.