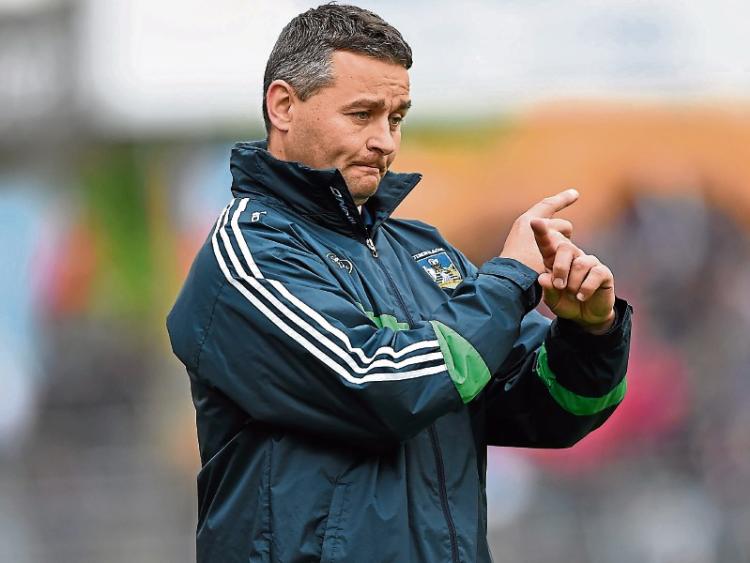 In this week’s Limerick Leader column, Martin Kiely looks at the big decisions facing the Limerick senior hurling management in 2016.

The Limerick senior hurling management announced their panel last week and it shows a lot of new faces.

Most of the names will be well known to supporters so very little surprises in the squad. There is a fair bit of quality within the panel and I would expect many of them to make life difficult for some established players. That is healthy and for too long some players have been allowed wash their own jersey.

I really do hope the management press on now and allow healthy competition for places in the Limerick senior hurling team. Most of the Kilkenny team that won the All Ireland in 2009 are gone whereas Limerick, like so many times in the past, has seen very little progress in player development. It will be the same for many of the current U-21 team if they are not allowed find their way at senior level.

Limerick has lost players over the past few years simply because they were left sitting on the bench and never given an opportunity to progress. The Munster senior league will provide game time for players and most managers will look to see how lads perform but the real eye opener will come in the crucial games of the National League and championship. Limerick need to be strong down the middle and some of those positions are up for grabs.

The panel as it stands is big at the moment and most of the players coming in are young. Player management will be very important between TJ Ryan and John Kiely. The U-21 manager must have access to the players and how they plan around that could have an impact on their hopes of winning back to back titles. For Limerick to do well in 2016 at senior level requires a lot of planning and detail. Building the team is one thing but also building the subs from 15 to 24 is also very important.

If we look at Limerick’s centre line and start at full-back it would appear Richie McCarthy is the front-runner for this position. McCarthy on his day has taken out the best of them. He wasn’t on top of this game last year and injury also played a part.

Cover is needed for McCarthy and I am sure the management will take care of that but finding the right man could prove difficult. Dan Morrissey who played nearly all of the matches last year in the league at half back is now getting a run at the edge of the square. Morrissey is a bright intelligent young man but I am not so sure he will master this position come dry ground.

Richie English is a serious option and his performances at U-21 level proved that. He is better suited to a central role and while corner-back will give him game time it is not his best position.

Centre-back some would say is the the most vital position on any team and Limerick have struggled a bit here in recent years. It takes a real quality player to man this position and if Limerick get it right then their chances of making a major impact this year will have improved greatly. It’s early days and it will be very interesting to see if Diarmuid Byrnes can make the step forward to hold the number six jersey.

The Patrickswell man has gained valuable experience at club and county over the past couple of years but senior inter county brings with it high demands. The National League will bring education and learning for him but as of now he looks like the man in pole position for the task.

We saw the midfield partnership changed last year and I think that cost Limerick dearly. Midfield places high demands on players and those playing in this position can play a major role in the outcome of a game. Work rate is the key and the players chosen here must have a keen appetite for it. As of now jerseys eight and nine are there to be taken.

Hurling has changed a bit in recent years but from a Limerick point of view we always seem to get best results when we go direct. In that regard a centre forward that makes things happen is very important. Some would say that many of our forwards are very much the same and we need a player to break things up a bit and run in straight lines.

I do think that David Breen will be a big loss to Limerick and we may only see that come championship time. Declan Hannon has had a few poor seasons. He is not operating at the level of his talent. I don’t have the answer to his lack of form but he does have the ability to make a good centre forward.

He has really good hands and a keen eye. He needs to work harder, show a bit more steel and use his frame more. If he manages that then you can expect that number 11 will be stamped on his back.

Limerick might have a few options at full forward but to me Kevin Downes could be the answer. Injury and a lack of form have seen him only play sporadic roles over the past two years but his time to deliver has arrived. He is doing well with Na Piarsaigh and I know full well the command of skills this man has.

He is blessed with great ability but he needs to make a big statement on the inter county stage. In 2011 he showed what he could do against Waterford but since then he has not reached that level. Downes is a big man who can handle most full backs but he needs to express himself. Shane Dowling his club man is also a serious option but Dowling fully fit offers more to the team in the half forward line.

I expect Limerick’s hurling to improve under Dinny Cahill and in that regard I feel they will be more direct. Management have big calls to make and if they get it right then Limerick have a serious chance. Fail and it’s over for them.