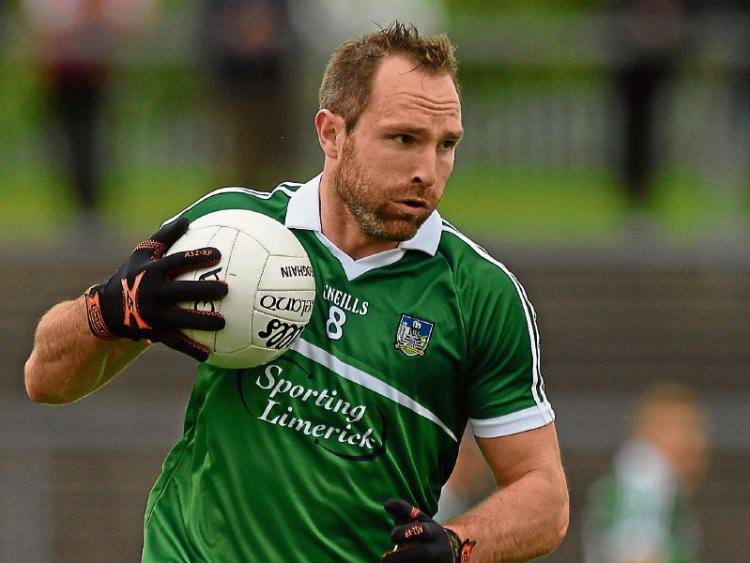 THERE was a boost for the Limerick footballers this week when Tom Lee committed for the new season.

The Galway native didn’t join up with John Brudair’s panel for any pre-season training or wasn’t named in the 28-man panel for 2016.

But the midfielder was expected to train this Thursday night to bolster options – he has been a key member of the Limerick engine room for the past five seasons.

This Sunday Limerick play Waterford in the McGrath Cup in Rathkeale’s Mick Neville Park at 2.00. Tom McGlinchey’s Waterford are facing into two games in four days with a Mallow tie against Cork this Thursday. Only a Waterford win in this fixture will make a McGrath Cup final against Clare possible for Limerick.

Limerick lost to Cork by just a single point in round one, when they gave debuts to Paul White, Sean McSweeney and Sean Flanagan.

On Sunday, Ian Ryan, Peter Nash and Cian Sheehan will again be absent as they return from injury. Also absent will be Gearoid Hegarty, who is away this weekend.

Limerick’s league opener is a January 31 Gaelic Grounds tie with Tipperary. It’s a fixture that forces John Brudair to miss the All Ireland senior club camogie semi final between Milford (Cork) and Oulart The Ballagh (Wexford). Brudair is the current Milford coach.