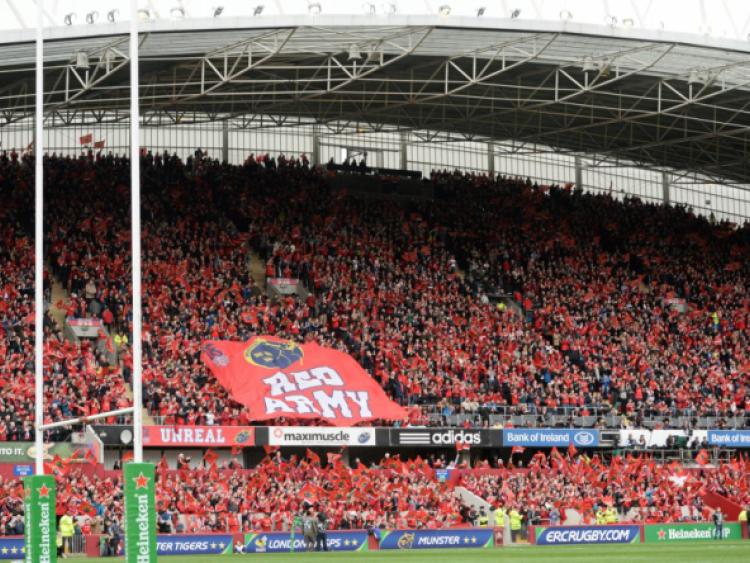 Colm Kinsella looks back on the rugby year that was 2015 - and once again there was plenty to talk about.

Colm Kinsella looks back on the rugby year that was 2015 - and once again there was plenty to talk about.

There were highs and lows aplenty through the year and as 2015 gives way to 2016 we recall the stand-out moments at club, provincial and international level.

TEAM OF THE YEAR – JAPAN

Five times Japan fell behind, but kept coming back, sealing victory with a dramatic last gasp try. The game set the tone for the most entertaining World Cup yet. Japan didn’t make it through to the quarter-finals, but they lit up the tournament for sure.

COACH OF THE YEAR – TOM TIERNEY

Former Munster, Leicester and Ireland scrum-half Tierney masterminded a dramatic final day success as his charges, who needed to beat Scotland by at least 27 points to claim the 6 Nations trophy, scored a 73-3 thumping over their hapless opponents.

Tierney’s side led 37-3 at half-time and ran in 11 tries in all, including an Alison Miller hat-trick.

PERFORMANCE OF THE YEAR – GLENSTAL ABBEY

Two penalty goals from the boot of out-half Jack Stafford steered Glenstal Abbey to a deserved success at Thomond Park. Crescent’s sole points came courtesy of a drop goal from out-half Dylan Sheehan which had levelled the game early in the second half.

Glenstal’s hopes of progressing to a first Munster Schools Senior Cup final in 45 years were ended by a powerful Rockwell College side in their semi-final showdown at Thomond Park in March.

Munster travelled to Belfast for a Guinness Pro12 final showdown with Glasgow Warriors in May in confident mood after their dramatic semi-final play-off win over the Ospreys.

However, the match turned into something of a nightmare for Munster who shipped four tries in a heavy 31-13 defeat. Pre-match favourites Munster had been hoping to win the Pro12 title for the first time since 2011 and for the fourth time in all. The Kingspan Stadium decider was the last time Paul O’Connell donned the red jersey of Munster. It was a sad way for his Munster career to end.

AS Paul O’Connell trooped off the Thomond Park pitch following Munster’s dramatic Pro12 semi-final win over Ospreys in May, supporters wondered if the second row had played his last game for the province at the venue.

There were emotional scenes following the final whistle after Munster scraped a 21-18 victory over the Ospreys in front of their home faithful.

Asked whether this would be his final game at home for the province in a post-match TV interview, O’Connell added: “It probably is. I said before that the summer would be the time when I would make a decision. It probably is the last time I play for Munster here.”

Paul O’Connell then led his Munster team mates in singing ‘Stand Up And Fight’ in the dressing room after the game.

But Munster fans hung their hopes on the word ‘probably’, it wasn’t ‘definitely’ that the former Lions captain’s last game in Limerick, just ‘probably’. Deep down we knew it was the end of an era. An so it proved when O’Connell’s move to Toulon was later confirmed. And seeing O’Connell recently presented to the French media earlier in the month brought it home even more.

WHEN Garryowen missed out on automatic promotion back to Division 1A of the Ulster Bank League on the final day of 1B’s regular season, the ‘light blues’ hopes of dining at club rugby’s top table looked all but over.

However, Garryowen, under head coach Conan Doyle rallied superbly following that bitterly disappointing away defeat to Galwegians on the final day of the regular season.

The Dooradoyle side earned a second shot at securing a quick-fire return to the top flight when facing 1A side St Mary’s College at Templeville Road in a play-off. And the resilient ‘light blues’ grabbed that opportunity with both hands, seeing off Mary’s 13-3 in a highly impressive play-off display.

CJ Stander became the first overseas player to be named the Munster Rugby Player of the Year at the province’s annual Munster Rugby Awards at the end of last season.

It was a richly deserved accolade for the South African-born, now Ireland qualified back-row. Stander won no fewer than seven Man of the Match awards last term. Munster head coach Anthony Foley had no hesitation in appointing Limerick-based Stander as Munster captain on a longer term basis when Peter O’Mahony got injured on Ireland duty in the autumn.

QUOTE OF THE YEAR – GER EARLS

PRIOR to the World Cup, former Thomond, Young Munster and Munster back-row forward Ger Earls provided a fascinating insight into the mind of a father when talking about what it is like to watch his son Keith play rugby for Munster or Ireland.

Watching your son play for his country should be a hugely proud moment for any parent, but Earls said the feat of Keith getting injured had a negative impact on his enjoyment of the games.

“I never enjoy a game watching him play. I can’t sit back and watch the rugby side of a game any more. Even a few weeks ago when he got injured at the Aviva Stadium against Wales (World Cup warm-up), rugby doesn’t come into it.

“Myself and Sandra (Keith’s mother) were sitting in the stadium that day and I feared the worst. If Keith came through the game fine and didn’t get selected for the World Cup, so be it.

“Concussion is a big issue in rugby today for good reason. It is very hard to watch the game and enjoy it if your son is playing. You just hope he comes out of it ok. Nothing else matters.”