Eight Limerick hurlers on U-21 team of the year 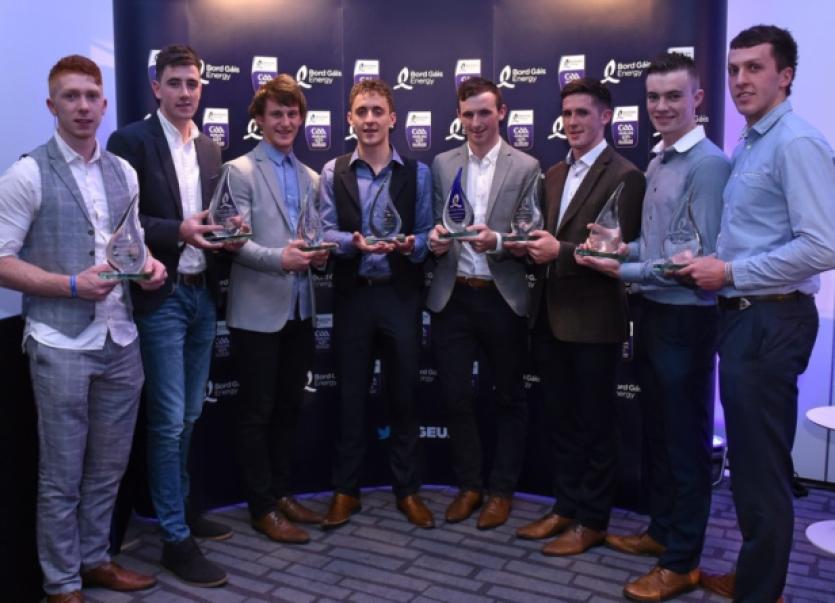 The awards keep coming for the Limerick U-21 hurlers - with eight players selected on the Bord Gais Energy U-21 Team of the Year.

The awards keep coming for the Limerick U-21 hurlers - with eight players selected on the Bord Gais Energy U-21 Team of the Year.

As well as winning Player of the Year Richie English was also chosen at full-back on the team that also included his Doon club colleagues Darragh O’Donovan and Patrick Ryan at midfield. Glenroe’s David McCarthy is named in goals with captain Diarmaid Byrnes of Patrickswell and Kildimo-Pallaskenry’s Barry O’Connell chosen in the half-back line.

Cian Lynch and Tom Morrisey were named in attack.

Beaten All Ireland finalists Wexford had three players selected, Munster finalists Clare had two while Tipperary and Galway had one each.

Indeed there was a strong Limerick link to two of the other award winners with Tipp’s Michael Breen a past student of Castletroy College and Clare’s Ian Galvin attended Ardscoil Ris.