O’Mahony starts for Munster against ‘Irish’ 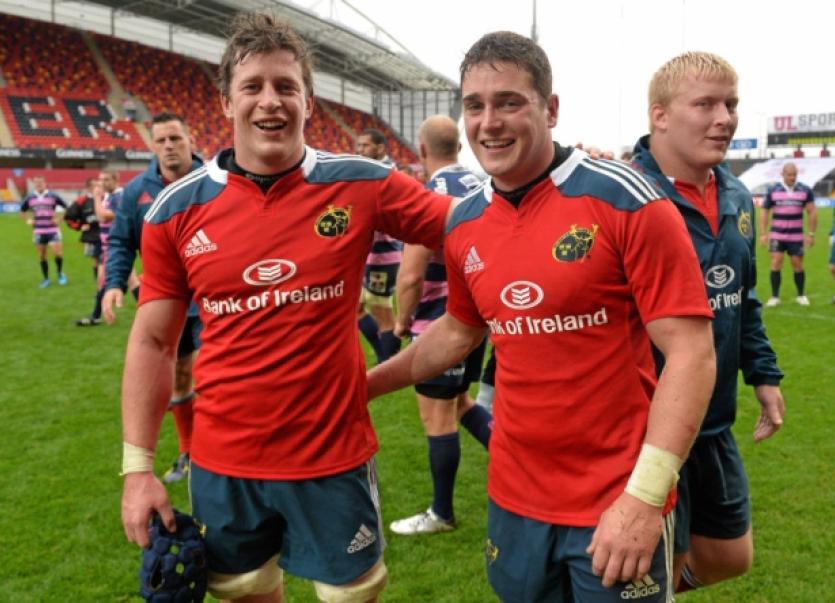 RONAN O’Mahony has been selected to start for Munster in this Friday night’s SEAT Series friendly clash with London Irish at Musgrave Park (7pm).

RONAN O’Mahony has been selected to start for Munster in this Friday night’s SEAT Series friendly clash with London Irish at Musgrave Park (7pm).

Garryowen winger O’Mahony, who featured for Munster in the PRO12 last season, came on as a second half replacement for Andrew Conway in the province’s victory over Gloucester at Thomond Park last weekend.

Conway, who picked up a ‘dead’ leg in the game, is set to be ‘rested’ on Friday. Talented UL-Bohs scrum half Cathal Sheridan will also start against ‘the Exiles’ in place of Duncan Williams, who moves to the replacements bench.

In the front row, there is a positional change for John Ryan, with Damien Varley marking his return to action at hooker. Varley will also captain the side, while Stephen Archer is promoted from the bench to the starting XV.

Dave Foley and Ian Nagle who came on for the second half against Gloucester are the starting second row partnership with a new back-row of Dave O’Callaghan, Sean Dougall and Paddy Butler.

Once again Penney has opted for an extended bench which includes a mix of Munster’s leading lights such as BJ Botha, James Coughlan and Donncha O’Callaghan and academy players Rory Scannell and Johnny Holland.