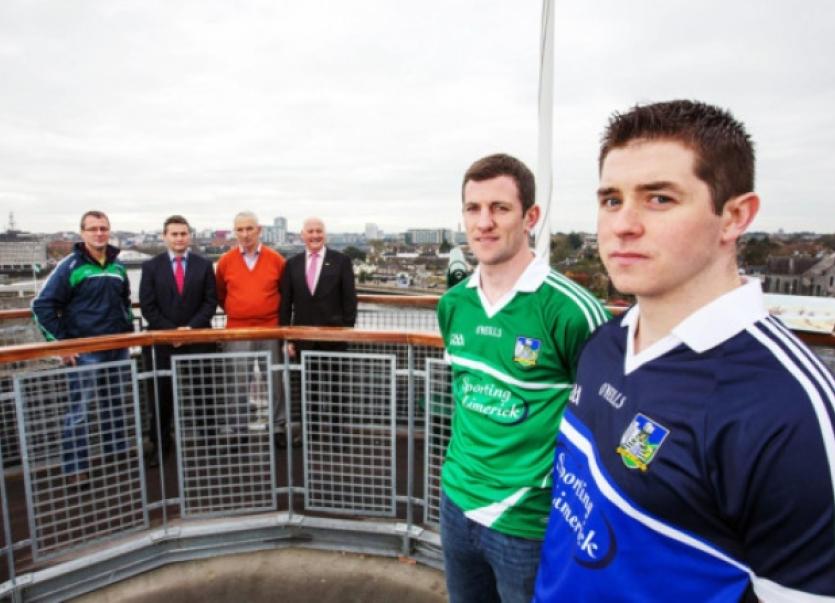 LIMERICK GAA have unveiled their new jersey for the 2014 season.

LIMERICK GAA have unveiled their new jersey for the 2014 season.

The new strip will be in the shops this Friday with GAA officials confirming that the jersey will be in place for the next three seasons.

The traditional green jersey remains in place, with supporters also having the option to purchase the alternative strips of blue and also white.

Once again the Sporting Limerick logo will be across the chest of the jersey, with JP McManus remaining as team sponsor.

“Eleven years going and hopefully we can continue to give support to the County Board and to the teams. JP is very proud of Limerick and would love to see them continue on the success of recent years and the future looks good,” said Walter Shanahan, who represented JP McManus at this Tuesday’s official jersey launch in King John’s Castle.

“It’s very important to JP - JP is very very proud of Limerick and his heart and soul is in the county and he would like to see the county get behind the teams and push forward to try and get success,” said Shanahan.

He gave a thumbs up to the new jersey.

“The style is very good - I think we have gone a little up bit up market and it shows that the county Board are doing a good job. The choice of the jersey is very good and I see on the back of the jersey this time is the Treaty Stone, which is what we are all part of. We are here in King John’s Castle and the Treaty Stone just across the way and its typifies what we are all about, which is a lot of history.”

The hope of all is that the jersey will be seen climbing the steps of the Hogan Stand in the year ahead.

“It was a very successful year and we were just a little bit short on the day when things didn’t go our way but at least we have the basis of a very good team and a good team management now and we can look forward to going a bit better in 2014 than 2013.”

As well as all local shops, the jerseys will be available on the website of manufacturers, O’Neills.