Limerick FC’s Turner wins Player of the Month for October 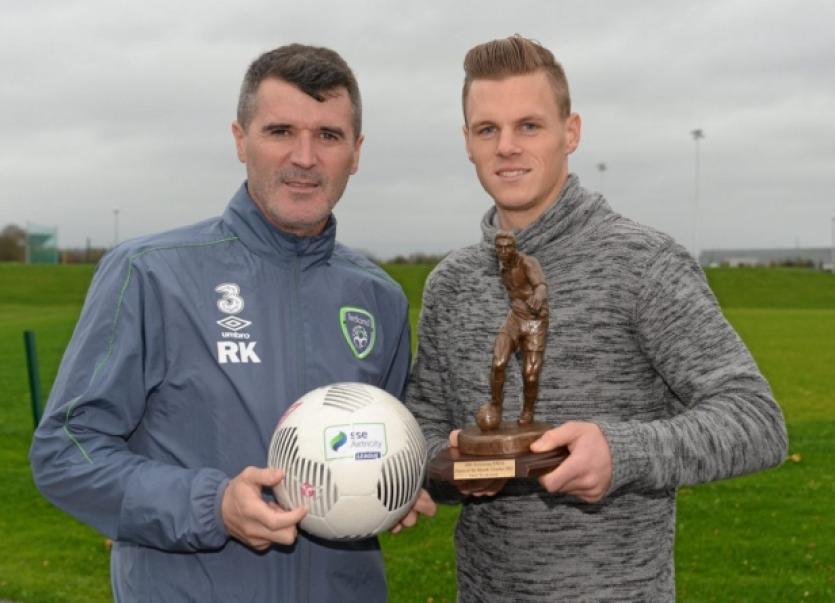 Ian Turner has been rewarded for his outstanding performances in October by being named SSE Airtricity/Soccer Writers’ Association of Ireland Player of the Month.

Ian Turner has been rewarded for his outstanding performances in October by being named SSE Airtricity/Soccer Writers’ Association of Ireland Player of the Month.

Turner played a vital role in Limerick’s attempts to escape relegation that came up just short when they lost out to Finn Harps in the promotion/relegation playoff.

The Super Blues escaped automatic relegation with a dramatic 3-2 win against Sligo Rovers. Turner played on the right wing for most of the season and hailed the team’s return to the Markets Field as one of the main reasons for their late push for survival.

“I don’t think we can make excuses but Jackman Park didn’t help us,” Turner admitted. “We try to play good football and get the ball on the ground and that pitch didn’t suit us.

“Moving to Markets Field gave us a lift because it’s a bigger pitch and a good surface.”

Upon receiving the award Turner admitted that his future is very much up in the air. “It’s hard to say because it’s still very fresh.

“I’m waiting to see what happens. There are meeting planned for this week so we’ll just have to see what the future holds.”

The winger couldn’t hide his disappointment at Limerick FC’s defeat at the hands of Finn Harps.

“The Finn Harps defeat was an anti-climax after what we went through to put ourselves in that position,” Turner admitted. “I thought the second leg was a very even game.

“The first leg killed us. We should have had two or three goals going up there, we missed a lot of chances. But to be fair to them they set up defensively and they kicked and headed everything away,” he concluded.

Turner beat off some strong competition for the player of the month award with double winner Richie Towell of Dundalk finishing second and Ciaran Gallagher third in the voting.