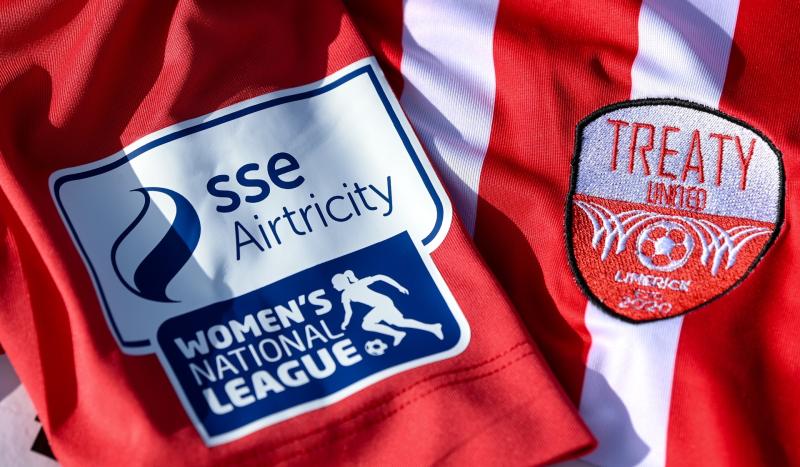 TREATY United will look to extend their unbeaten run in the Women's National League (WNL) to three games today, Saturday, when travelling to Ferrycarrig Park to take on Wexford Youths.

Treaty's game with Wexford on Saturday evening has a 6.30pm kick-off at Ferrycarrig Park and is available to view on the LOITV Stream.

The Niall Connolly-managed Treaty side showed admirable resilience to battle back and claim a 2-2 draw with Athlone Town at Jackman Park on Sunday last.

The result leaves Treaty United, who had beaten Bohemians in their previous fixtures, sitting in seventh place in the WNLtable. The Limerick-based side side just three points off fifth-placed Galway WFC.

Two goals from the impressive Aoife Cronin, one in either half, helped a battling Treaty side pick up a precious league point against Athlone on Sunday.

The gritty draw came on the back of an excellent 2-1 success for Treaty United side in their final fixture before the mid-season break against Bohs.

Aoife Cronin's two goals on Sunday brought her level with Rebecca Horgan as Treaty's joint top scorer on four goals. Cronin opened the scoring on the half hour mark for the home side and then struck for her winning goal in the 84th minute.

Saturday's opponents Wexford recorded a 3-1 win over DLR Waves in their Series 11 game on Saturday.