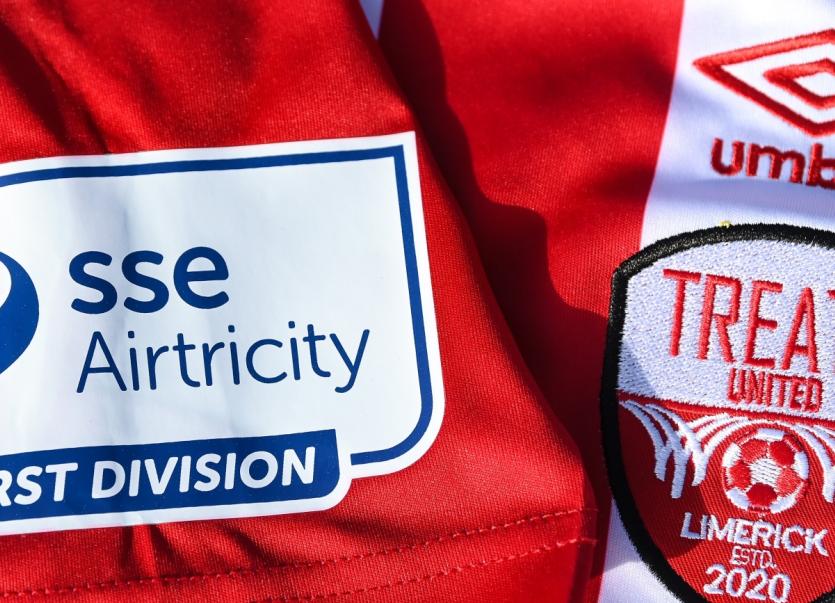 Treaty came within a whisker of recording their first away win of the season on Friday night last, only to concede a 93rd minute equaliser to Galway United in a 1-1 draw at Eamonn Deacy Park.

Goalscorer McCarthy said: “It's mixed emotions, but whoever thought we'd be up here at Galway and we'd be disappointed with a draw?

“We are new to the league and we're only getting going. Galway are full-time, but we aren't. We were unlucky not to win. To get the goal was good, making up for last week against Cobh. Thankfully the header went in. I was happy with that.

“Tommy (Barrett) rang me and spoke to me about getting involved with the squad. He said they were getting a good team together. He said I wouldn't be guaranteed to start which I understand as well, but I told him I would fight for my place. I said I would come and give it my all, wherever he needed me to play, I would play and see what happens.

“Cork City is a big game for us at the Markets Field on Friday night.”

Reflecting on their return of six points from their opening four games, Treaty Utd manager Tommy Barrett said: “Sometimes draws are great for the confidence for a while, but especially the last two weeks there were two opportunities to get three points and we have six points, that is the disappointing aspect of it.

“Galway are a full-time team, they are with each other since January or even before that. They probably had even pre-work done before January. We had lads who were playing junior soccer and no intention of playing League of Ireland up until the 22nd of February.

“We got to be happy with our fitness levels. I didn't think we were too flat. We were not hanging on by any means. I am delighted with the lads.

“They have been excellent, each and every one of them, there's no more we can ask of them.”

Looking ahead to Friday night's Munster derby with eighth-placed Cork City, Tommy Barrett said: “Look, these are all tough games for us. We just have to go and try our best in every game and the lads have done that tonight against Galway and they have showed that their energy levels are good.

“The patterns of play are coming together and they are playing good football. We are still unbeaten which is great.”