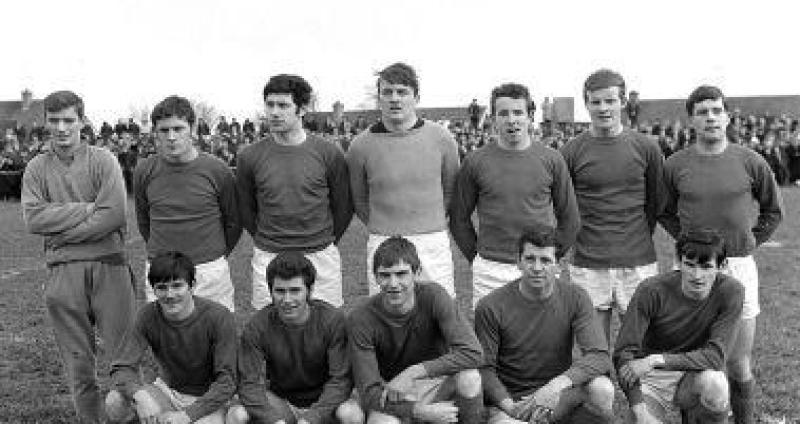 TRIBUTES have been pouring in in recent days for the late Sean Byrnes, the Limerick man who won both FAI Senior and FAI Junior Cup medals during a distinguished soccer career.

The late Sean Byrnes, Old Singland Road, was one of the heroes of Limerick's historic FAI Senior Cup winning side of 1971.

Limerick defeated Drogheda United 3-0 in a replay at Dalymount Park. It was only the third time in the club's history that Limerick won a major trophy.

Fairview defeated Douglas of Cork 3-1 in a replay at the Markets Field to become the first Limerick club to win the FAI Junior Cup.

The Limerick Leader report on the game described the late Sean Byrnes as 'leading the attack with rare dash and considerable skill'.

The late Sean Byrnes set up right winger Seamus McCarthy for the second of his two goals with a pin-point cross.

Among those to pay tribute to the late Sean Byrnes was FAI Cup medal winner with Limerick and former Ireland rugby international Tony Ward.

Tony Ward wrote: "As a schoolkid, I was in Dalymount Park for both the drawn and replayed FAI Cup finals in 1971.

"Drogheda had an outside right, Frank MacEwan who had just returned from trials with Manchester United having gone there with a big reputation.

"I well remember that Sean hardly gave MacEwan a kick of the ball in both outings. I played with the brilliant Frank O'Neill during my short spell at Milltown and he always acknowledged that Sean Byrnes was one of the toughest opponents  he faced  over his long career with the hoops."

He wrote: "Sean Byrnes was a terrific sportsman, a good friend, great player. What a competitor'.