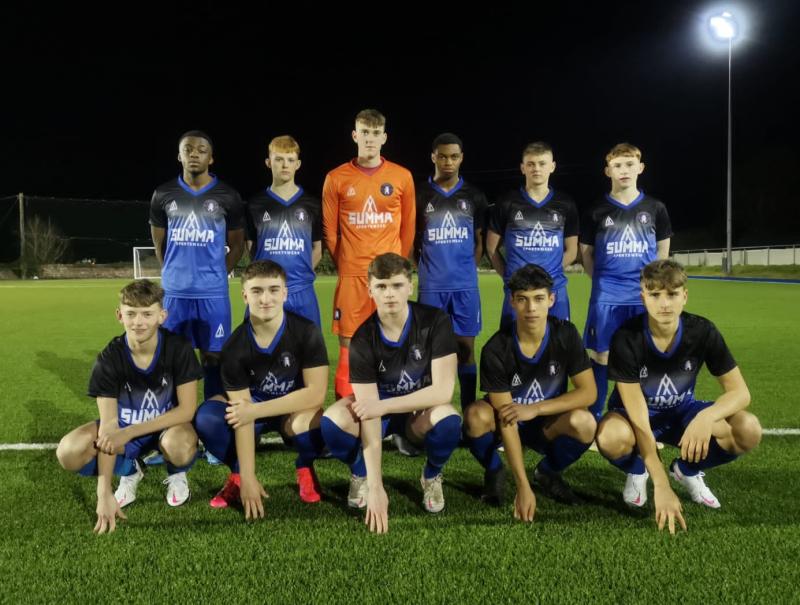 A RESILIENT Limerick FC U17 side scored a deserved 3-0 victory over the Kerry League in their SSE Airtricity Under-17 National Shield Group 4 fixture at Mounthawk Park, Tralee on Tuesday night.

This was a second win in the space of a little over 72 hours for the Shannonsiders who had edged past the Carlow-Kilkenny League 3-2 at Hogan Park on Saturday.

Those wins have helped Limerick top Group 4 of the U17 SSE Airtricity Shield competition.

Limerick FC U17 will return to action this Saturday when facing the winners of tonight's Group 2 game between Galway Utd and St Pats.

This was an excellent display from Limerick FC against a Kerry side who beat them 3-0 in Kerry in the league section earlier in the year and who had three starters from their U19s side.

Alan Murphy and his brother Kevin, from Mayo, have taken charge of the talented young Limerick side mid-way through the league season after joining from Galway United.

They were assisted on Tuesday night by Trevor Beauchamp as goalkeeping coach, while Alan Clancy has been the team's kitman since the Murphys' arrived to coach the squad.

The players' parents have been driving the players to their games. The Limerick U17 squad has consisted of 17 players since the last break in football and one goalkeeper.