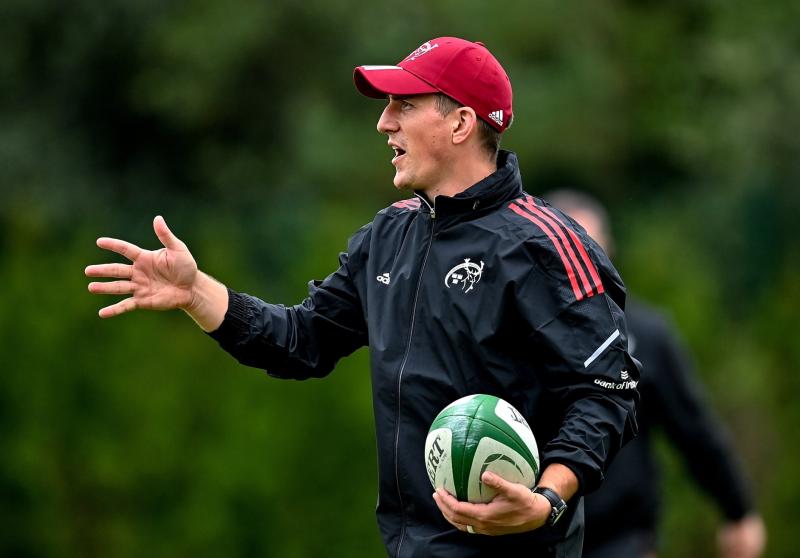 A NUMBER of former Munster Rugby players, who recently finished their time at the province, are members of the coaching teams for this season’s summer talent development programme.

Munster’s interprovincial age-grade squads are currently coming to the end of a three-week residential Talent Camp held at the University of Limerick. The players will have a down week this week before resuming training in August ahead of the age-grade interprovincial championships which kick off at the end of next month.

A number of former Munster men’s players are currently coaching these age-grade sides, imparting their wealth of knowledge from their years in the professional game.

Ronan O’Mahony, who retired at the end of the 2017/18 season due to injury and made 70 appearances for Munster, is an assistant coach with the Munster U19s side where he is working alongside Brendan O’Connor and Mark Butler. Ronan was also involved with the U19s last season.

Ian Keatley, who made 180 appearances and scored 1,247 points for Munster before moving to London Irish in January 2019, is an assistant coach with the Munster U18 Boys’ Schools squad.

Ian was involved as a Technical Adviser with a Munster Development XV in a match against Leinster last September and will form part of the coaching ticket for UL Bohemian RFC’s senior squad for the coming season.

Brian Scott, who retired from rugby in 2020, scored two tries in 26 appearances for Munster. The Cork native is a Rugby Development Officer for Munster Rugby and this summer he is an assistant coach with the Munster U18 Boys’ Schools squad.

Both Ian and Brian will work alongside Fiach O’Loughlin, Gerry Casey and Lee Nicholas with the U18 Boys’ Schools squad.

Alongside his work in the Academy, former Munster scrum-half Cathal Sheridan is providing mental skills coaching to the respective age-grade squads.