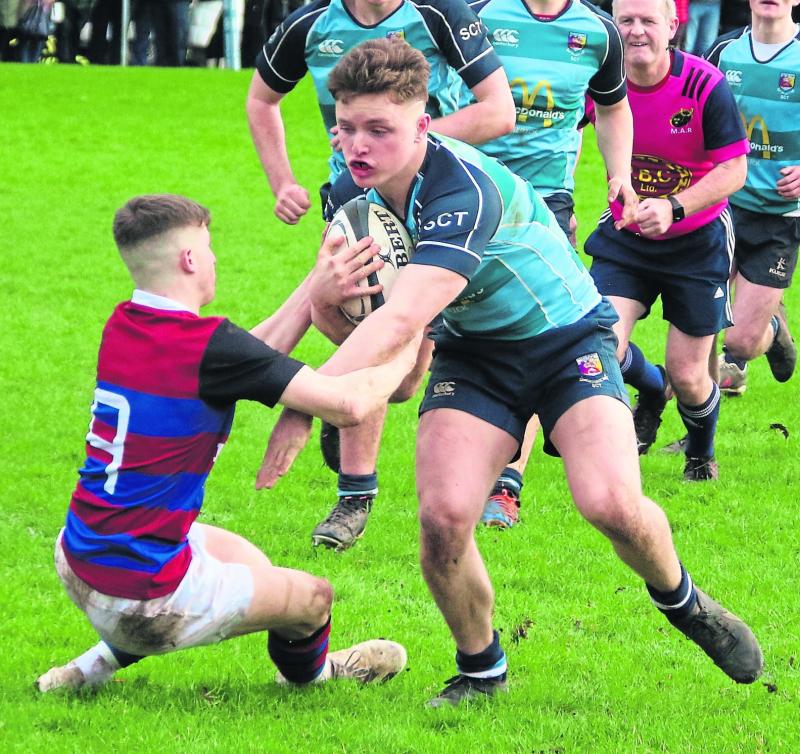 THREE Limerick-based players have been included in the Ireland Under-18 Men’s Sevens squad for the Rugby Europe Under-18 Sevens Championship in Poland this weekend.

O’Riordan and 2021 Limerick minor footballer Stephen Kiely were part of the Ireland U-18 15s squad that took part in the U-18 Men’s Six Nations Festival in Marcoussis in April.

Rainey Old Boys’ Mark Lee, a nominee for the Ulster Youth Player of the Year award, has been chosen as a captain. He lined out for the Ireland U-18 Clubs & Schools team earlier this year, along with Lukas Kenny and Tadhg Brophy.

Finn Treacy and Ben O’Connor were also were part of the Ireland U-18 15s squad in the U-18 Men’s Six Nations Festival.

Coached by Mike Pettman and Kieran Hurrell, the twelve-man squad will compete in Pool A with Germany, Spain and Ukraine for the tournament which takes place at the Dolcan Arena in Zabki.

There are two players, Charlie Griffin and Freddie Reader, who have come through the IQ Rugby programme, which identifies and develops young Irish-qualified players overseas.

Head coach Pettman commented: “It’s pleasing to see how willing and keen the players were to play and understand the game in such the short time frame. We are excited by the talent here and, in particular, their skills that have advanced under the programe.

“We want them to have the freedom to play without fear and enjoy themselves, while still being able to put in performances they can be proud of.

“We are seeing this during their training games and hope that they’ll be able to take their learnings and habits back to their 15-a-side game.”

He added: “There were a few unlucky players from the (initial) squad that missed out on the tournament, which is tough.

“Hopefully we will be able to provide more opportunities for them, and other players, to play and develop their rugby skills with a pathway to high performance Sevens in the future.”

You can follow the Championship on the Rugby Europe website. There will be live streaming on www.rugbyeurope.eu.