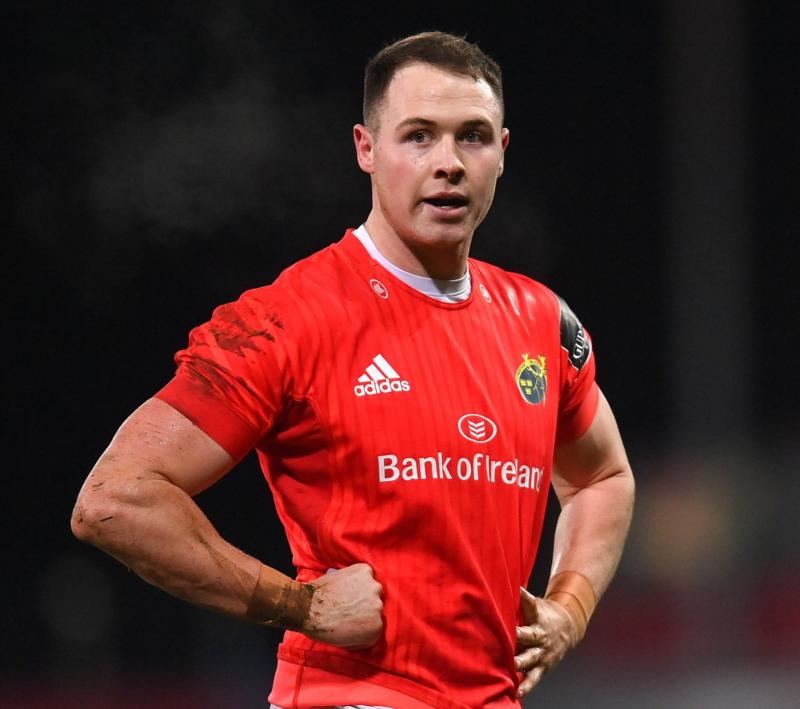 Sean French is joining the Bedford Blues from Munster Rugby

EXCITING utility back Sean French is swapping life at Munster Rugby for a move to English Championship side Bedford Blues.

Munster Rugby confirmed last week that 22-year-old French was among the platers who had completed their time at the province.

French made his Munster debut in November 2020, dotting down in his inaugural game as part of a thumping victory over Zebre.

He made his first start for the province in January this year, starting on the wing in a close encounter against Irish rivals Ulster at Thomond Park.

On joining the club, French said: “I'm extremely excited. It feels like we're building something really special in Bedford and I'm delighted to be here to play my part.

"I've got quite a few connections to Bedford which is massive before heading over. Darragh O'Mahony is my mum's cousin and I know Corrie Barrett and Joey Conway from our time at Munster and the Irish age-grade stuff.

"It's always nice to have familiar faces when you're going somewhere new. Corrie and Joey have been very sound up to now with texts and calls. It's been extremely helpful and I can't wait to get going."

Part of the Ireland U20s Grand Slam winning side of 2019, French also has World Rugby Championship experience at age-grade as part of playing at every level possible throughout his development.

Winner of the Munster Schools Rugby Senior Cup in 2017, in which he was named as part of the team of the tournament, French was born in Cork and has represented the city in the All-Ireland League, securing further silverware with two cups and winner of Division 1A in 2018/19.

Director of Rugby, Rayer added: “Seán looks a great fit for us. He brings a physical presence to our backline with great aerial skill and finishing ability. As with the majority of our backline, he offers positional flexibility and enjoys playing with ball in hand.

“Perhaps the most impressive thing in talking to him was the fact that he is incredibly determined and aspirational to get back to playing at the very highest level. I’m convinced he will be setting great standards to those around him and drive the team to achieve great things.”

Seán is the 22nd member to commit his future to Bedford Blues, will you join the boys on the journey for the 2022/23 campaign? Season Tickets are available now as the only way to guarantee your seat for the full league and cup schedule; click here to purchase.