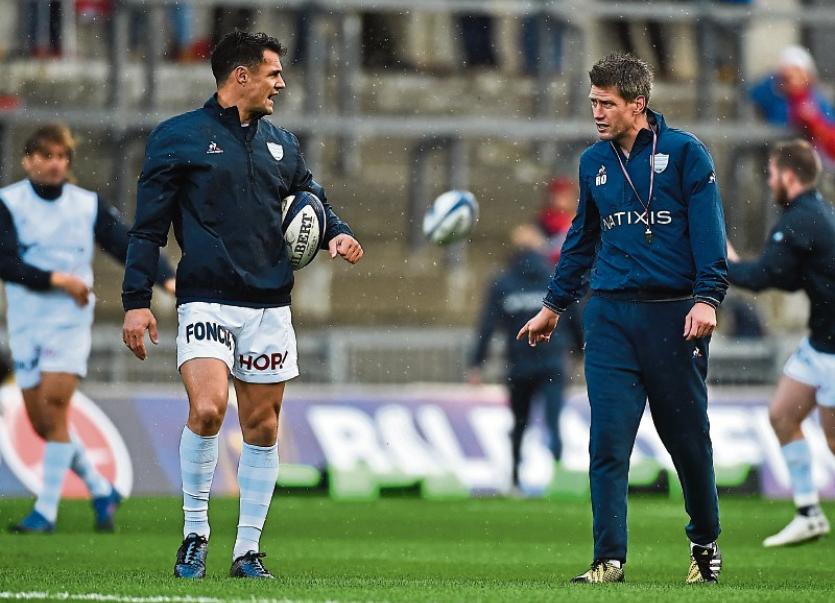 PLAYERS from French Top 14 side Racing 92 have paid a warm tribute to their departing assistant coach Ronan O’Gara.

The Racing 92 players sported a shamrock on their shorts for their French Top 14 game with Toulouse at the new U Arena in Paris this weekend as a tribute to former Irish out-half O’Gara.

Former play-maker O’Gara is leaving Paris to take up a coaching position with Crusaders in New Zealand on 1 January.

O'Gara is replacing Leon MacDonald as the Super Rugby champions' backs coach for the 2018 season.

The weekend clash with Toulouse which ended with a 23-19 victory for Racing 92 was O’Gara’s last involvement with the Parish-based club.

O'Gara joined the Racing coaching staff in 2013. He played a key role in their Top 14 final success achieved at the Camp Nou in Barcelona June 2016. O'Gara recently assisted the Ireland national team during the June Internationals.

O’Gara’s contract was supposed to expire at the end of the 2017/18 French Top 14 season but has been granted early release to join the 2017 Super Rugby Champions.

O’Gara paid his own tribute to the Racing 92 players following their victory over Toulouse on Friday night.

O’Gara told the players in the dressing room: “I have five kids, four of them going away speaking fluent French. It was challenging at times, but it is why we play. We have each others back.

“The door is always open, I am always available. I will look out for each and every one of ye. It has been a pleasure lads, thank you and take care. Merci.”

Great send off for Rog last night. Enjoy Christchurch and the team we hold close to our hearts. #crusadeon pic.twitter.com/4bvhk6UrO6