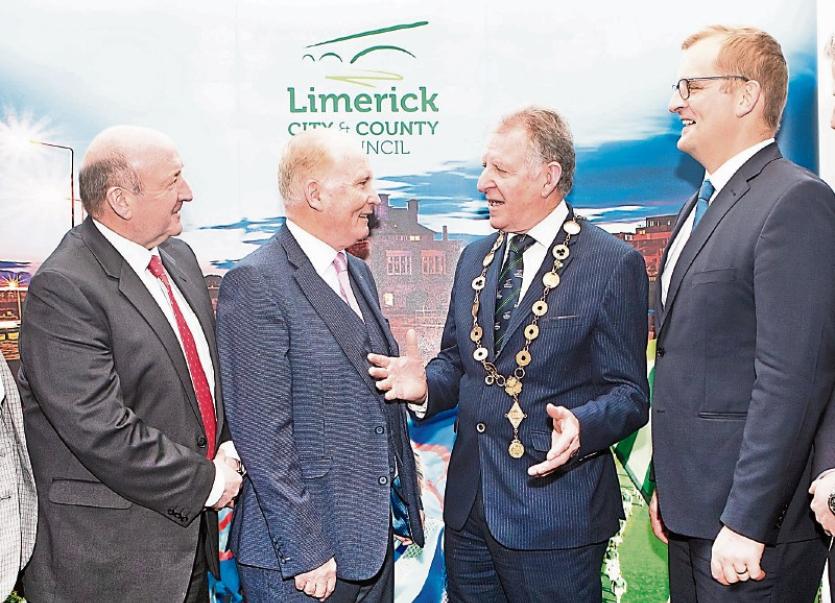 THE Mayor of the City and County of Limerick, Councillor Michael Sheahan, hosted the Implementation Advisory Group for the directly elected mayor of  Limerick in Newcastle West, earlier this week.

Last year, voters in Limerick voted yes in a plebiscite proposing the creation of the new position, with the holder of the office having certain executive functions.

“The Implementation Advisory Group is acutely aware that, when established, the new directly elected Mayor will be a Mayor for all of county Limerick, rural and urban. The Group is meeting in Newcastle West so that we all gain a very clear perspective of this area and the issues affecting the people of this part of County Limerick”, said the Mayor.

The chairman of the Implementation Advisory Group, Tim O’Connor, added: “Since the Implementation Advisory Group was launched on December 2 last year, the Newcastle West meeting was our fourth and we were delighted to be here at the Newcastle West Municipal District Offices. Though this is our first meeting outside of Council head in Limerick, we intend to visit all of the Municipal Districts in the coming months as our work intensifies”.

The Group discussed a number of matters at the Newcastle West meeting, including: the scope of the role of directly- elected Mayor; identifying substantive new functions and powers, and matching resources, that could be assigned to the new Mayor.

Lessons that be learned from international case studies were also discussed as was a public consultation exercise.

“The Group has already agreed that we should consult as fully as possible with the people of Limerick about what they would like and expect from their new directly elected Mayor. That consultation process will begin shortly”, said the Mayor.

Mr O’Connor added: “The Implementation Advisory Group is taking the approach that local government in Limerick must be improved through the directly elected mayor project. We are therefore being ambitious in imagining the potential of the role of directly elected Mayor for Limerick”.