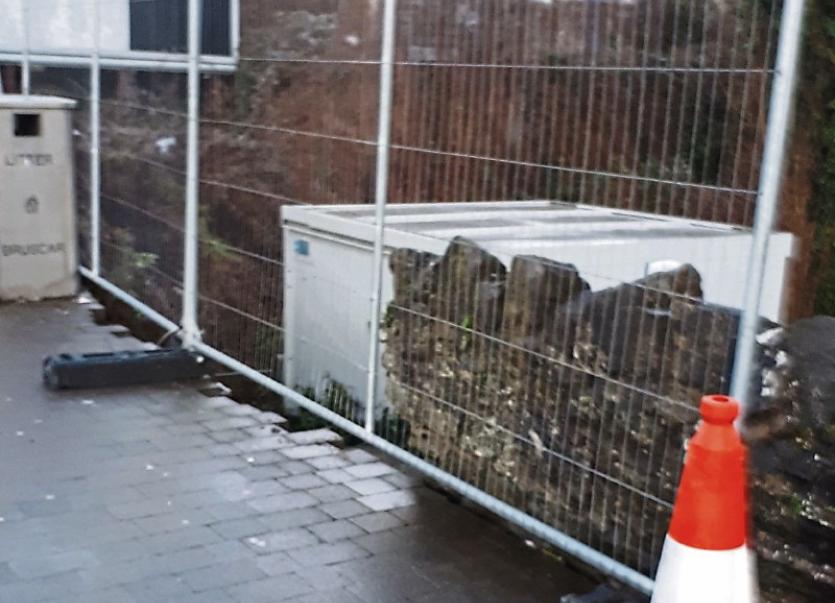 WORKS to repair and reinstate a concrete wall which partially collapsed near Punch’s Cross in February are set to begin this week, it has been confirmed.

A section of the wall, which is located near an ESB substation, collapsed without warning exposing members of the public to a drop of around six feet.

Some remedial works were carried out at the time and timber hoarding has been in place around the substation for several months – pending the conclusion of the planning process.

Since the incident, commuters have also been discommoded as the outbound bus stop has been closed by Bus Éireann for health and safety reasons.

ESB Networks has now been granted permission to carry out the repair works at the substation.

The semi-state company has also been granted permission by Limerick City and County Council to erect additional security fencing and to install a new footpath and access gates to the substation.

According to planning documents, ESB Networks believes the additional fencing is needed at the location as the previous boundary wall was not adequate.

“Additional security fencing is required as the existing boundary wall adjacent to the public footpath on the Ballinacurra Road is only approximately 900mm high, which is insufficient for the safety of pedestrians and security of the electrician substation,” stated a submission from the design engineer.

Welcoming the granting of planning permission, Cllr Elisa O’Donovan says she has been informed by ESB Networks that substantial works will be carried out and that the project will not be completed until March 2020.

Cllr Daniel Butler, who has described the delay as disgraceful, has also welcomed the fact that progress has been made.

A number of conditions have been imposed by the local authority.

One of the conditions requires that the security fence “shall be finished in a polyester powder coated dark colour” in order to protect to visual amenities of the area.