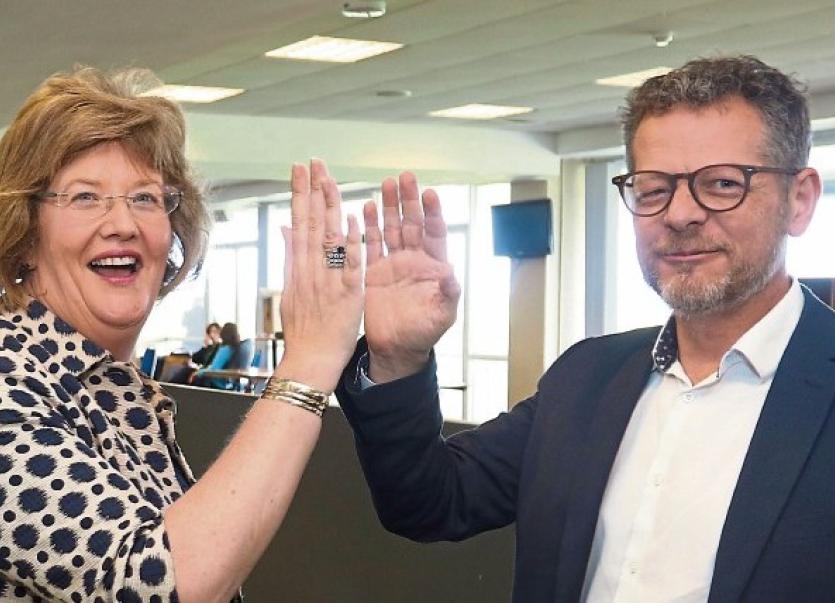 THE NEW directly-elected Mayor of Limerick must have the power to drive the city and county’s transport strategy, according to the senator who led Limerick’s ‘Yes’ vote for Fine Gael on May 24.

Sen Maria Byrne said that she will be working to ensure that the new position will have the power to lead Limerick’s transport strategy as well as having budgetary oversight.

“The transport infrastructure in the city and county needs strong local leadership to ensure that as a growing city Limerick can hold its own when it comes to sustainable public transport.

WATCH: Limerick could have directly-elected Mayor in 2020

“There is a real push at the moment, both locally and at Government level, to make Limerick an even better place to work and live and transport is an integral part of making that a reality,” Sen Byrne said this Tuesday.

She said that Limerick must not be left behind other cities in the development of state-of-the-art transports systems.

“We need Limerick to be a well-connected city where people can rely on public transport that is plentiful, punctual and makes sense.

“Becoming the first place in Ireland to have a directly elected mayor is an opportunity to transform not only Limerick but also the entire region. I am determined to ensure that the incoming mayor will have true powers to achieve this transformation. It was exciting to see people from all walks of life come forward in support of our campaign to have an elected mayor and to lay out their vision for Limerick.

Sen Byrne added: “I will work to ensure that this enthusiasm is matched in Government buildings as we map out what the mayor’s role will look like.”