Well runs dry at the ploughing for Limerick's PJ 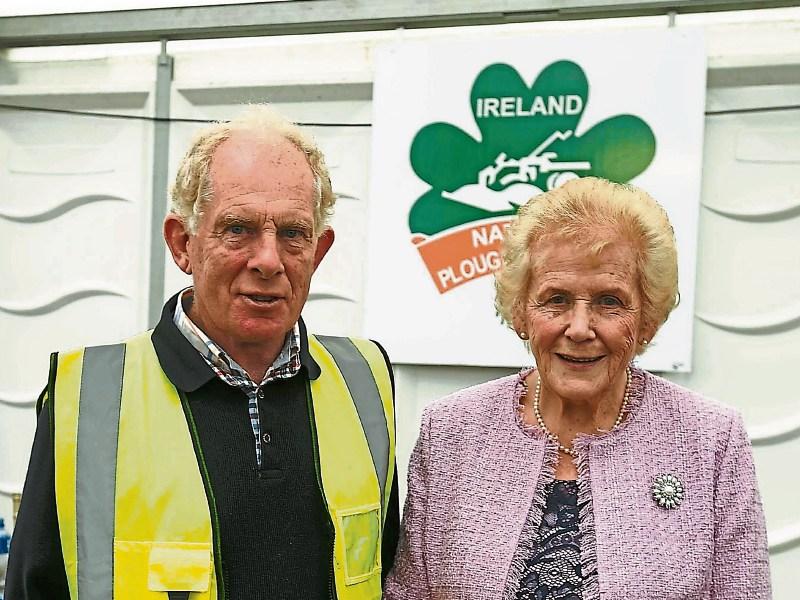 PJ Dore with Anna May McHugh, MD of the NPA

PJ DORE was putting in a new water system on a farm in Kilkenny last week but he should have been doing it in neighbouring Carlow.

This would have been the Pallaskenry man’s 30th year as the main water contractor for the National Ploughing Championships.

It all began for PJ when the event was staged in County Limerick in 1991. PJ Dore & Co Ltd Pumps and Irrigation Systems did such a good job that they have been called upon every year since.

“Of course you would miss it. It would have been my 30th year involved. It all started in Crecora for us,” said PJ, who reflects on how much the event has grown.

“It has got massive. That time it was in one small field. When you pass there now and look in at it there is no way it would cope now. It has gone huge. It takes up a lot of ground,” said PJ.

And a lot of ground needs a lot of water. PJ and up to eight employees spend three months setting up, putting down endless piping, filling storage tanks and then taking it all down again. They were due to be back in Ballintrane, Fenagh, Co Carlow again this week but the global pandemic poured cold water on that.

“Last year, we bored six wells. We used four of them - two of them were no good. When it was on in Tullamore we could use the council supply but normally we bore our own holes.

“We rent a house where it is on. You have to. You would be working seven days a week. We could be away from Limerick for two months. You couldn't go home - you have to work seven days,” explained PJ.

Part of the contract is to supply enough water for all the cattle and other animals on site as well as the more than 1,700 trade and exhibition stands.

“Up to 80,000 gallons of water per day is needed - maybe a quarter of a million gallons over the three days,” said PJ.

He says cancellation of the ploughing has been a big loss but luckily enough they have been busy as other jobs came up. Like the rest of us, PJ hopes to be back at the ploughing next year but he says, “No one knows the way things are going”.