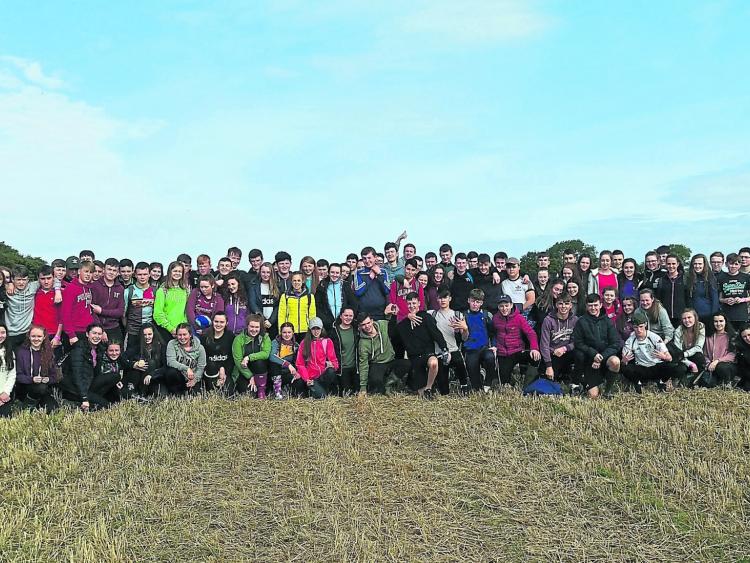 Ah, the bus. As any student will tell you, the bus journey is often better craic than whatever it is you're actually travelling to. And, depending on geographic location, you could potentially spend more time on the bus. Factors include whether or not you got the sound bus driver or the grumpy lad who won't even put on the radio, what teachers are tagging along, how close your seat is to the back of the bus and who you're sitting beside. Any one of these could make or break your trip to the Ploughing.

2. All the free stuff

Bags upon bags of pens, keyrings, badges and the likes all there for the taking. Free. Some of peoples fondest memories of the Ploughing are landing home with enough free pens to put a family of six through school for a year. For the more brazen among us, you might have looped back around for a second freebie, or, God forbid, the stack of free pens were unsupervised....

3. Trying to evade the teacher

There's usually at least a few lads who have their sights set on slipping away from the pack. They'll have their reasons, of course. There could be a prize heifer he's keen to inspect, a youngwan he's equally keen to inspect, or maybe he just has his heart set on a fresh Canning hurl and quick selfie with Joe. Whatever the reason, he'll have devised a plan to head off on his own adventure and it turns into a game of cat and mouse with the teachers. Detention and lines await.

4. Getting the shift behind a row of stands

Getting the shift at the Ploughing is a right of passage for any young person in Ireland. Awkward, brief and usually with a few spectators watching on, there's a sizable percentage of the population that will attest to getting their first shift at the Ploughing. Ushered in behind a row of stands or somewhere in the funfair, young romance blossoms.

5. Inevitably, someone missing when it's time to go home

Every year, without fail, somebody wanders off and goes missing creating a panic frenzy amongst the teachers. It could happen during the toilet break on the way there, 20 minutes in, or most likely, at the end of the day when they're doing the final headcount before setting off for home after a long day. They never go far and generally tend to sporadically reappear right in the nick of time, calling off the manhunt.