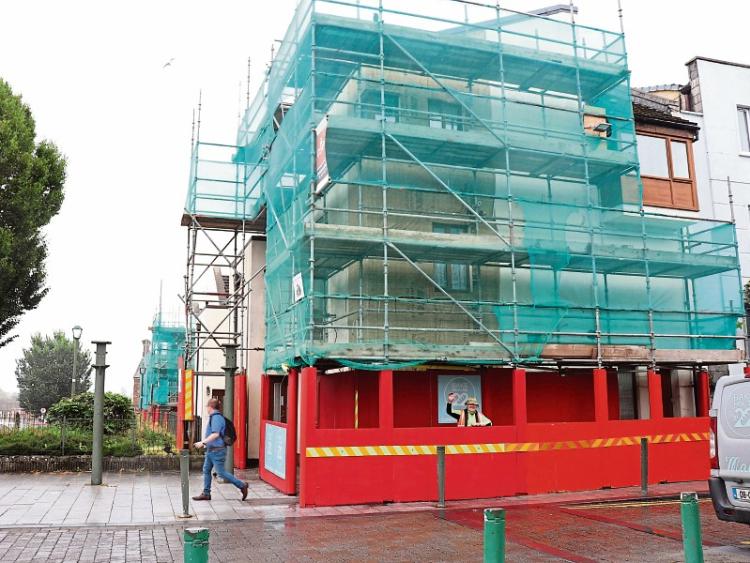 RESIDENTS living in one of the most historic areas of Limerick city may have to be moved as tests are being carried out to determine the level of pyrite in their homes and apartments.

Residents contacted the Limerick Leader this week to complain about their annoyance at not being told what is going on claiming,  “we are being told different stories every week.”

The majority of residents are elderly, in the development which was constructed 23 years. Some fear that the whole block will have to be knocked as a result of the pyrite.

But the council strongly rejected allegations about lack of communication saying they have “been actively engaged with the residents.”

Confirming tests showed pyrite in the homes, a spokesman said that the drilling of external walls, which is part of the remedial works will be completed shortly.

“Following that, as outlined to the residents affected, each unit will have a specific scope of works to be carried out and residents will be informed of these when they have been drawn up for contractors ready to carry out the internal upgrades.

“The council informed tenants at the earliest opportunity that it may be necessary to re-locate some families while these works are being carried out.

“We understand this may be a source of concern and worry for people, but we have promised to keep them informed at all times in relation to the works or if the need arises for re-location.

“And as with all our communications, the tenants will be the first to know the next stages of the project,” he added.

But some residents are not happy: “We contacted Willie O’Dea about three years ago. We were making all our own separate phone calls to the council about the problems. Our windows were condemned. So we have been asking for an upgrade for the past three years and finally they agreed to meet us in March and they promised us new windows and new everything including an upgrade on the inside of the homes including painting because it is a tourist area,” said one resident.

The residents say that at a meeting with the project team they were told  “a little bit of pyrite was found”. But some are sceptical and fear they will all have to be moved out and the houses and apartments will have to be knocked for safety reasons. Construction material containing relatively large amounts of pyrite minerals are likely to expand, crack and/or crumble over time, which residents say is happening to their homes.

“We had no objection to the scaffolding going up, but then everything has come to a standstill and we knew something was up,” explained the resident.

Another said: “I am a pensioner living here all day, the noise level is dreadful it really is. If I had a dog he would go mad and Limerick Animal Welfare would take him away, but I have to live here.”

“Nothing is  really happening except for the dreadful noise levels from drilling the holes..it is like as if they are trying to force us from our homes,” said another.

But the council say that only one complaint has been made regarding noise levels. “All residents have been given the building inspector's direct number, so they can contact him with any questions, while information on pyrite has been distributed to all homes.

“At all meetings with the residents, either one to one or in groups, they expressed their satisfaction with the level of engagement and explanation by the council and appreciated the actions the council has taken,” the spokesman added. He added: “It is very disingenuous and completely false to say that ‘the scaffolding has been erected…and nothing has happened since’. Work is ongoing and communications with those affected will continue.”