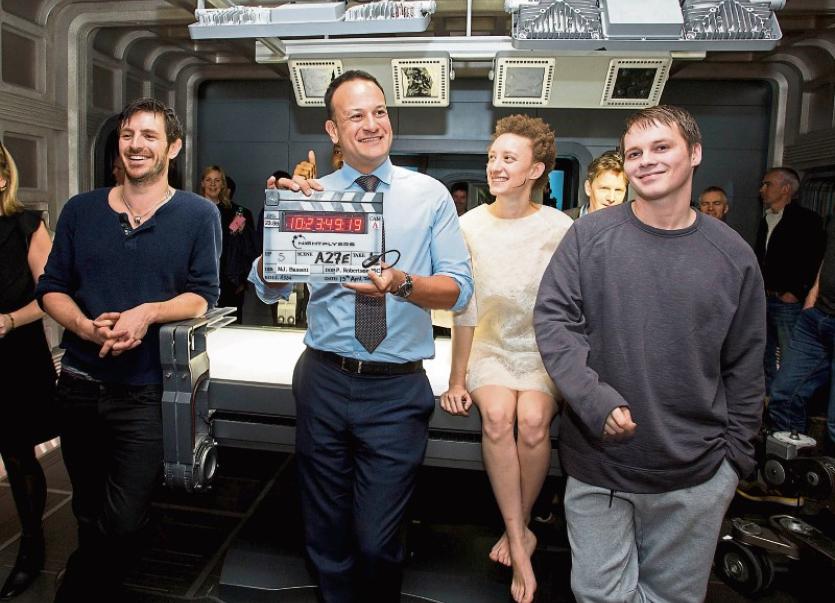 THE Taoiseach Leo Varadkar has re-iterated government plans to increase the population of Limerick city and its environs to around 150,000 people.

Mr Varadkar made his comments at the University of Limerick this Friday before making a presentation to students and other invited guests on the Ireland 2040 plan.

The €160m plan was launched earlier this year but the Limerick presentation was postponed until today due to Storm Emma.

“That of course is going to require major investment in infrastructure – in projects like the M20 linking Limerick to Cork by motorway, by continuing to support Shannon and the development of Shannon and the zone around that and also, of course, investment in housing and other infastructure,” he told reporters while flanked by his local party colleagues, Patrick O’Donovan, Tom Neville, Kieran O’Donnell and Maria Byrne.

We’ve already started work on #projectireland2040, and I’m here in @UL with @MurphyEoghan @mitchelloconnor and @podonovan telling students what it means for this region and for their future lives pic.twitter.com/Ry9KzKeykS

Earlier the Taoiseach attended a Fine Gael breakfast briefing at the Castletroy Park Hotel before meeting with some of the cast and Crew of Nightfliers which is currently being filmed at Troy Studios.