Don't Mind Me: What is the proper level of virus panic? 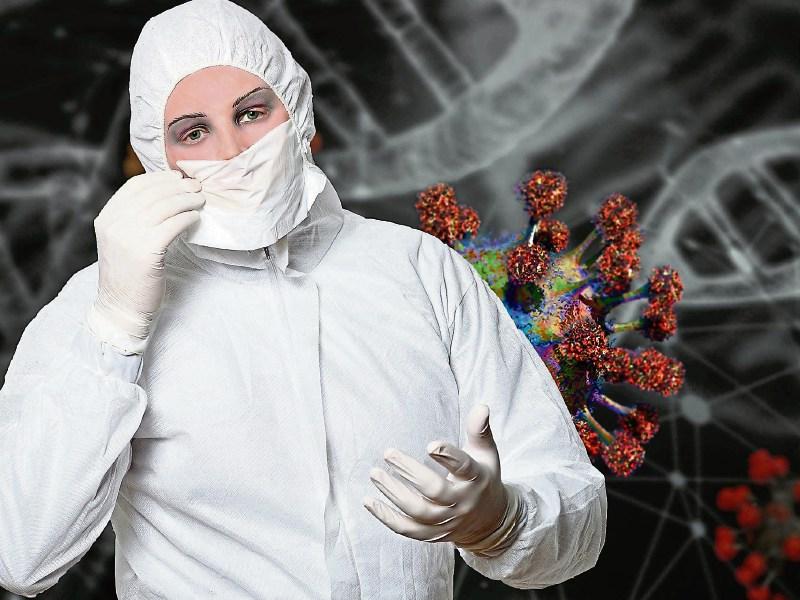 Is the end nigh? Patricia is already stocking up on the bog roll

HERE I am for the second time in my life struggling through a doomsday scenario. The last time was nearly 60 years ago, during the Cuban crisis, when JFK and Khrushchev were involved in a game of brinkmanship while the world held its breath.

I didn’t really know what was going on then, but I held my breath anyway because we had been told for years that the end of the world was nigh and everyone was waiting for Gabriel’s trumpet. So it’s not as if I’m not used to gloom and doom. I think I can handle it without causing a stampede.

Right now I’m waiting for the Coronavirus to sneak up on me out of the blue and I’m panic-stricken. I say sneak up on me because the Department of Health in its wisdom has decided that the least we know about where it is lurking, the better.

Now nobody likes being kept in the dark, especially when they’re told that it’s for their own good. In other words, what they don’t know won’t trouble them. But that kind of thinking breeds suspicion, paranoia and panic, and unfortunately it’s catching. We can handle the truth but we can’t handle being patronised, especially when there’s a deadly virus on the rampage and we’re told we don’t need to know anything about those already infected. We just need to wash our hands, sing happy birthday twice while we’re at it, and stop scratching our noses.

Meanwhile a few people have come back from Northern Italy carrying the infection. Common sense says that we should give them a wide berth, without stigmatising them. But how can we avoid them if we don’t know who they are? How can we be sure we haven’t already been in contact with them and maybe are already incubating the virus ourselves?

We should be told who they are and what they do for a living, full stop. The rights of privacy should never take priority over the health and well-being of the public and neither should the economy take precedence. This is not stigmatising or stereotyping anyone, as the HSE seems to suggest. Unlike TB of old and other modern diseases, there is no stigma attached to the Corona virus – especially if it was contracted while on a skiing holiday in Northern Italy in the early Spring, when the rest of us were still counting our pennies after paying the New year’s bills.

Despite all the press briefings, news bulletins and HSE reassurances, there’s still, rightly or wrongly, a perceived whiff of the clandestine about the COVID-19 crisis. It’s as if we can’t be trusted to keep it together in the event of an acknowledged crisis. Anyone who came home from any affected part of world carrying the infection and who failed to self- quarantine should be identified promptly, so that we can protect ourselves. This is not stereotyping. It’s plain common sense. Maybe the Government for once should trust us to use our common sense without losing the run of ourselves or victimising anyone.

But even as I write, there’s a sense of panic emanating from the top. We’re being told to treat the threat posed by the virus more seriously. Emergency laws may have to be enacted, we’re told, and millions may have to be diverted to the provision of extra ICU hospital beds. But really, they don’t have to state the obvious. If they can find money for extra hospital beds, after all those months of overcrowding, then we really do have an emergency. But still, they won’t give us any details of who is infected or where exactly they are or where they’ve been since they contracted the virus

Meanwhile, we’re preparing for St Patrick’s Day as if we hadn’t a care in the world. When it comes to the national holiday, we can’t take anything seriously it seems, not even the threat of the virus. We’ll drown the shamrock regardless, come what may. I think we should postpone the celebrations – for a year if necessary. Also everyone coming back from Cheltenham should be tested before leaving Britain.

Maybe I’m panicking, waiting again for Gabriel to sound the last rally. But this is a serious situation. A disproportionate number of people have died around the world and nobody knows who is or who isn’t vulnerable here. The panic comes from being kept in the dark. Everyone is blaming all the misinformation and the disinformation. What I’m blaming is the withheld information.