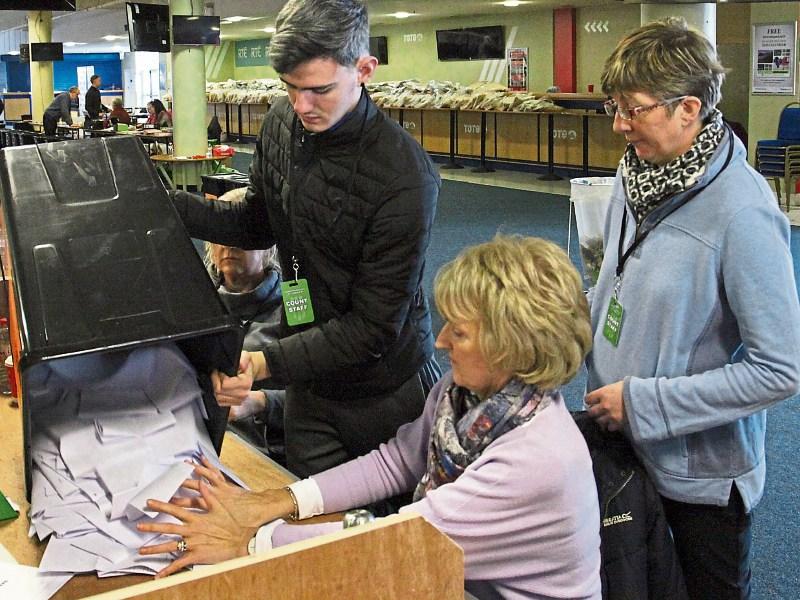 If I knew then what I knew now: Patricia welcomes a second election - maybe this time voters won't have such a knee-jerk reaction for change Picture: Michael Cowhey

CHANGE! God, I hate change. I don’t have an appetite for it. Give me an ancient regime any day over a brave new world. The unfamiliar freaks me out, even when the grass looks greener.

I haven’t changed my hairstyle for over 50 years and any time I change the car – which isn’t very often – a part of me dies. Still, despite my life-long aversion to change, you wouldn’t believe the number of times I’ve found myself in the fire, after jumping - on purpose - from the frying pan in a mad search for adventure.

I don’t even know if I’m that unusual. Not everybody wants fundamental change and even those who shout loudest for a massive upheaval would run a million miles from the notion if they thought for one minute that it might entail having to change themselves as well. And, metaphors and metamorphoses aside, if the tectonic plates really did shift under Ireland, God, we’d all be too petrified to even go with the flow.

That’s why this so-called mandate for change is so disconcerting. Not only is it complicating and delaying the formation of a Government but for all we know it could be an illusion. Giving the incumbent Government the boot could hardly be called a seismic shift unless we could count the number of altruistic votes cast as opposed to the size of the self-interest ballot. That said, change is in the air, and last week, even though the weather was atrocious, I could have sworn that I heard the cuckoo. Is that a record, or just another illusion?

But change is everywhere now, from the school curriculum to the dinner table. They’ve changed my blood pressure tablets and now they want me to change my lifestyle as well, on the chance that I mightn’t need the tablets at all. Sometimes we’re changing things just for the sake of change. That’s how daft we have become. We voted for change in the recent election, or at least a sizeable chunk of us wanted to dump the Government for a variety of reasons – some of them I hasten to add, were very valid reasons. And since we’re changing everything else, why wouldn’t we change the government? Change is the mantra of the new political reality. But what it means or what it entails, most of us haven’t a notion. So let’s just go with the flow. Why change the habit of a lifetime?

I didn’t vote for change – not because of my aversion to change, but because I couldn’t see anything very different on offer. Not that I wanted to see anything different either, mind you. Maybe if some direct descendant of Brian Boru had decided to stake a claim to the lost high-kingship and offered to restore the monarchy, I might have paused and said ‘Now that would be a change’. But even then, he or she would have to grant Michael Lowry at least a peerage to be certain of my support.

I’m ashamed to admit this, but I think I voted for ‘Me Fein’ – for a change. A fair and just society, based on the age old principles of equality and fraternity would be lovely, but we seem to have forgotten that the three main political parties in this country, which came neck and neck in the recent election, were each moulded in the primordial soup of nationalism and one of them, now claiming a left-wing mandate, would nevertheless put their nationalism before any social ideals if it came to the crunch.

The Greens, meanwhile, had a great victory, but as far as I’m concerned, theirs is an international vision. Anyway I’m damned if, at this stage of my life, my system could endure a drastic change of diet if beef production ground to a halt in this country. Many of the Independents on the other hand, are guided by honest-to-goodness parochial interests untainted by ideologies of any kind. But maybe we have too many of them!

A couple of small parties have nailed their colours unambiguously to the left of the mast but while they might be useful when the numbers are being calculated, they certainly didn’t get a mandate to take over the ship. So what’s changed then?

I know I said last week that I wasn’t keen on the idea of holding another election.

We could easily succumb to poll fatigue, I thought. Well, I’ve changed my mind. Bring it on. We might have another change of heart and maybe this time, we might be more definitive.