Don't Mind Me: ‘Democracy is the worst form of government...’ 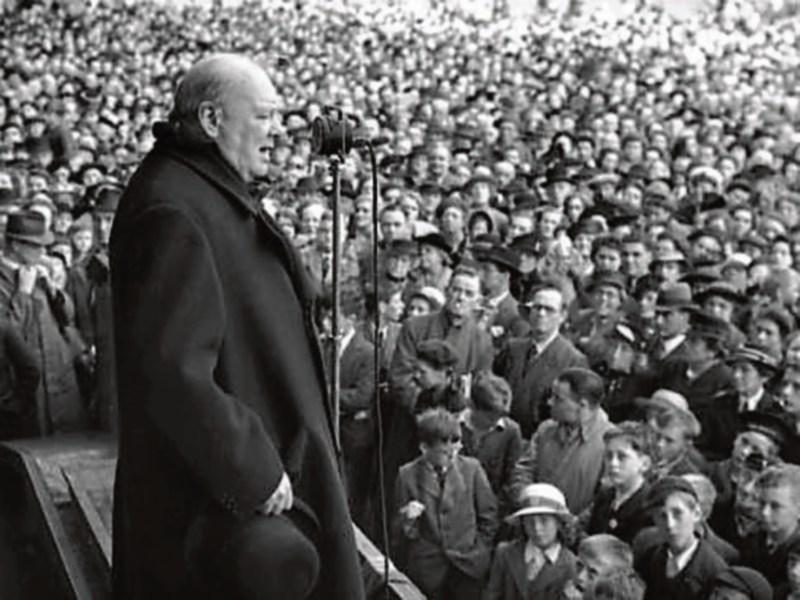 The famous quote “Democracy is the worst form of government, except for all the others” is often attributed to Winston Churchill. His own political career spanned over 64 years

WE can all sit back now and relax, seeing that Tipperary wasn’t disenfranchised by a legal loophole in the general election and forced to board the ship of state at another port, a month hence, when the whole landscape will have changed utterly. But I’m surprised that our neighbours Limerick didn’t stand by us and refuse to sail without us.

Leaving us behind would have been a disaster for the whole country and a travesty of democracy. More importantly, re-instating the Tipperary poll was the best tribute that could have been paid to a hard-working candidate, the late Marese Skehan, whose sudden tragic death precipitated the crisis. For Marese, by putting her name on the ballot paper, had made her own act of faith in democracy and that should be honoured.

Also, we’re not used to being left behind. As Thomas Davis put it: “where Tipperary leads, Ireland follows”.

But democracy, despite the daft law, has prevailed, and now I can’t help wondering if there are any other loopholes in our electoral legislation. The law can be an ass – depending on who drafted it – but surely the reins are in our own hands.

One thing that struck me during last week’s brief electoral crisis, however, was that the rest of the country, including Limerick city and county, couldn’t care less whether Tipperary was left out of the race or not. Now, I can understand why they would want to bar us from Croke Park too if they had their way, but going ahead with a general election without us should have aroused at least some concerns in the democratic conscience – uncreated and all as it may still be. They should have refused to go ahead without us. Instead, blatant opportunism raised its ugly head and some parties were seriously considering if they could run their defeated candidates from other constituencies again in the deferred Tipperary election, and to hell with Democracy.

I became a bit of an opportunist myself. I decided to hold on to my own polling card in the hope that, if the Tipperary ballot was cancelled, the card might one day become a collector’s item.

We all reckoned, of course, without the redoubtable Mattie McGrath, who was the first to call the Department of the Environment to account for its initial knee-jerk reaction to the loophole. Mattie was accused on social media of disrespect when he was in fact, showing nothing but the height of respect for everyone concerned, unlike the twittering idiots who were castigating him. Thankfully the decision was reversed in time for the election and we all got to vote – at least those of us who wanted to exercise the franchise - but if it hadn’t been reversed, then I’m afraid that we’d have had to secede from the Republic and go it alone – under Mattie presumably. And whatever about the constitutionality of such an unprecedented situation, it surely would have put the cause of Irish unity back by at least another century.

For all that, however, I have to confess that I’m not that enamoured of Democracy myself. It’s the best system of Government we have, I suppose, but the will of the people scares the daylights out of me at times. People can be so fickle, so easily manipulated, so selfish, so demanding and so unpredictable, while some of their leaders can be so populist, so craven to public opinion and so utterly unimaginative.

Even more disastrous for me under majority rule is that I always seem to be going in the opposite direction to the majority. I can’t help it. I’ve even been known in the past to switch sides in mid-stream after finding that there were too many people going my way. That, I believe, is the time to turn around and go in the opposite direction. I suppose you could say I’m a born loser!

Democracy is great when you’re on the winning side, but when you’re on the losing side, it sometimes feels like a kick in the teeth. It’s like losing your voice. Now, I’m not going to say publicly which side I took in the late election, but, as you can gather from my rambled musings, I can’t really win.

So here’s to the start of a new political era anyway. Good luck to the new Administration. They’ll need to start with a big spring clean. De-cluttering is the new buzz word and I can’t think of anything more populist than a spate of de-cluttering – apart from an emergency give-away Budget maybe. They should throw out anything that hasn’t been used in the past couple of years; they should dump all those special advisers and trust their own judgement in future and they should dispense with the citizens parliament. But first, they must plug all the legal loop holes and pledge never again to even contemplate the prospect of proceeding with any democratic process without ensuring that everyone is on board, especially the citizens of what is, after all, the premier county.