‘Tis the season to overindulge 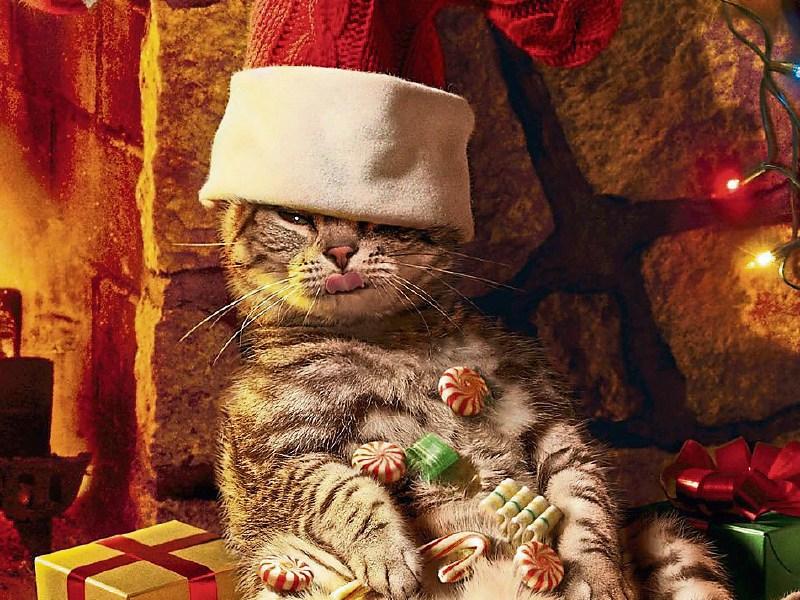 Christmas doesn't have to be the season of overindulgence

FOR the sake of the planet - if nothing else – maybe we should try having a low-key Christmas this year for a change? It would give us all a break, restore our equilibrium and make the dawn of the new year appear far less daunting. But I suppose it wouldn’t do anything for the economy.

But there’s fat chance of it happening anyway. Even as I write, this Christmas promises to be the most ostentatious, indulgent and wasteful on record. We’ll all be wrecked in the end and even the poor beleaguered planet will be hung-over for months, choking on plastic and inflatable Santas.

The lights were switched on much earlier than usual this year and some are no longer switched off at night. As a result we’ve all become immune to their charms and some of us are downright bored. But will there be enough electricity to go around? Will Moneypoint have to increase production? That’s what I want to know.

This year’s Christmas lights are also more blatant, more scintillating and crazier than ever, and they’re leaving some of us completely disorientated. I stayed overnight at a friend’s house last week and I didn’t sleep a wink because the neighbour’s lights were piercing my sub-conscious all night with intermittent winking and constant flickering. I can’t even bear to think of the effect it must have on local wildlife and eco-systems which will have to live with the intrusion for the next six weeks or more.

Then you have whole towns ablaze with sparkling lights vying with each other for attention. I don’t know who is paying for those twinkling displays of commercial good cheer, but if the money is coming out of the Property Tax then I’d much prefer if it was used to fill the myriad of water-logged potholes that are reflecting the glitter and enhancing the scene unintentionally.

Even the humble Christmas tree has taken on a life of its own and is now laden with designer baubles in a variety of classy colour schemes. We had to put balloons on ours when I was young because there were never enough decorations to make any kind of an impact. The tree itself can now be anything from a mini sequoia festooned with baubles to a bare branch from a local hardwood decorated with a single blue feather from the tail of a peacock. It’s nothing, however, until you put it up on social media for due admiration. At the end of the day, the ‘likes’ are more important than the colour scheme. Some of us simply can’t win when it comes to fashionable Christmas cheer.

Personally, I think we’ve gone over the top as far as the lights and decorations are concerned. A bit of understated elegance certainly wouldn’t go astray. I know they’re even worse in America, where festive lights now come with automatic snowflakes falling on the roof. If we start copying that fashion, I’m out of here as fast as you can say ‘Merry Christmas’.

The last thing in the world I’d want is a white Christmas, but a fake one, produced at the press of a button would simply be the death of me.

But it’s the ubiquitous lights that really get my goat. There are just too many of them and they’re up for too long. The single candle lighting in the front window on those long ago Christmas Eves held out more magic, more goodwill and more genuine Christmas cheer than all the fairy lights in the world could ever capture afterwards. You could say, I suppose that this Christmas lighting madness is in our genes. The ancient Celts and their predecessors were reportedly always lighting fires to show off. Or else they were desperately trying to ward off the darkness.

But there is no hard evidence of that. Now, I could be wrong but I’m inclined to think that the ancients reserved their firepower for the Bealtaine and Samhain celebrations and actually embraced the darkness of deep mid-winter to replenish their spirits.

I don’t know if I’m ready for that either!