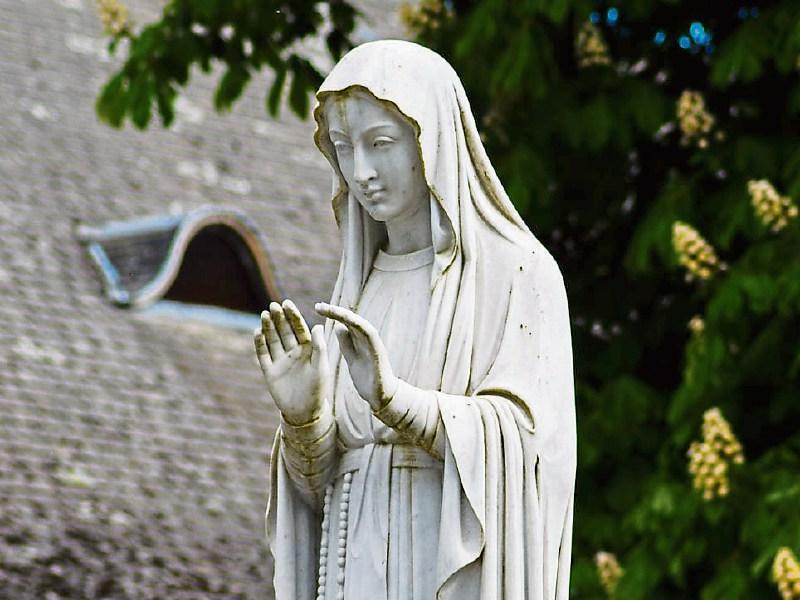 I’VE turned the column into a book review this week, if you don’t mind. My muse is too mad for words at the moment and seeing that it’s the season of peace, goodwill and miracles all round, I’ve decided to share a memorable reading experience with you instead and maybe help fill a stocking or two in the process.

For the delectation of my Limerick readers, the story can be set initially at the then newly opened Salesian House at Copsewood, Pallaskenry in November 1920 - although by then, the story had gone from a world-wide sensation to what we might now describe disparagingly as ‘fake news’ - all in the space of a few weeks.

Word got out that November in Limerick that the visionary, Jimmy Walsh, the 16 year old ‘bleeding statues’ saint from Templemore, was in Copsewood, to where he appears to have been spirited by concerned clergymen and red faced Irish freedom fighters. As the news spread, the lame, the blind and the deaf of the locality flocked to Pallaskenry seeking a cure, just as they had done a few weeks earlier in Templemore. Jimmy duly performed and sometimes it worked and sometimes it didn’t. In any case, the statues in the college hall – to which Jimmy had access – bled obligingly, fuelling hysteria as well as the suspicions of the Copsewood authorities. He had to be hustled away again, apparently, before a riot ensued.

It wasn’t the first time that the men of Limerick had come in contact with the holy teen from Templemore. At the height of the ‘Bleeding Statues’ phenomenon, a party of four volunteers from the East Limerick Brigade led by Tomás Malone had to make a detour on their way home from an ambush because of a check point in Birdhill. They found cover in a heavy traffic flow and ended up in Templemore, Not only did they get to see the saint from a distance but also witnessed a party of black and tans raiding a house on the main street, just as they passed by in a stolen car. Using the large crowds of pilgrims as cover again, the Limerick volunteers eventually made it safely home.

‘The Templemore Miracles’ by John Reynolds, a member of the gardai and a well-known historian, is the book I’ve been waiting to read for over 50 years, ever since my father first told me about the strange events that transpired in the town of Templemore and the nearby village of Gurtagarry in August, 1920. It was cringe-inducing stuff to me then, but nonetheless, absolutely fascinating. Now John Reynolds’ book sheds much light, not only on the mystery of the bleeding statues – which to me still remains a bit of a mystery - but on the mind-set of the time, the background drama of violent bloodshed and the people who lived through it all, hardly batting an eyelid.

I won’t ruin the story beyond saying that the 16 year old visionary was a poor farm labourer, caught in the middle of a vicious guerrilla war, who didn’t seem capable of any artifice – until you read the second part of the story which is played out - far from the humble cottage in Gurtagarry – in some of the most prestigious educational institutions in Australia.

As thousands of people from around the country - and eventually from all over the world - descended on Templemore to where the bleeding statues had been removed to a shop on the main street, there was a lull in the fight for Irish freedom locally and the real bloodshed from assassinations and reprisals flowed less profusely for a time. IRA volunteers acted openly as marshals in the garrison town, controlling the crowds, and even charging road tolls to repair roads damaged by the huge increase in vehicular traffic – much to the annoyance of the county council. The balance of the booty naturally went towards ‘the cause’ while collection boxes were placed along the pilgrim route from Templemore to Gurtagarry for the IRA and Cumann na mBan.

Miracles were reported and vouched for by reputable witnesses, but the whole thing was short-lived. Michael Collins himself stepped in, after being told that the Templemore affair was having a detrimental effect on volunteer discipline – “some volunteers, who had previously been abstemious and enthusiastic, took to the drink and forgot that they were engaged in a life and death struggle for Irish freedom.” The visionary was interrogated by the hard man Dan Breen, who promptly declared him a fraud. But Collins wasn’t satisfied. “One cannot take much heed of what you say, Breen, because you have no religion yourself,” he is reported to have said. Eventually Collins is said to have smashed one of the bleeding statues on his desk and found inside, the workings of an alarm clock, which at fixed times sent spurts of sheep’s’ blood oozing through the eyes.

You couldn’t make it up. But John Reynolds has captured, not only a fascinating story that gripped the country and the world, but also the stark reality of a time and a way of life that has become lost in the glorified fantasies we continue to weave around our past. I particularly loved the po-faced irreverence of the telling, but funny enough I still believe in miracles.

The Templemore Miracles’ by John Reynolds is published by the History Press and costs €12.99