Don't Mind Me: Time to put away childish things 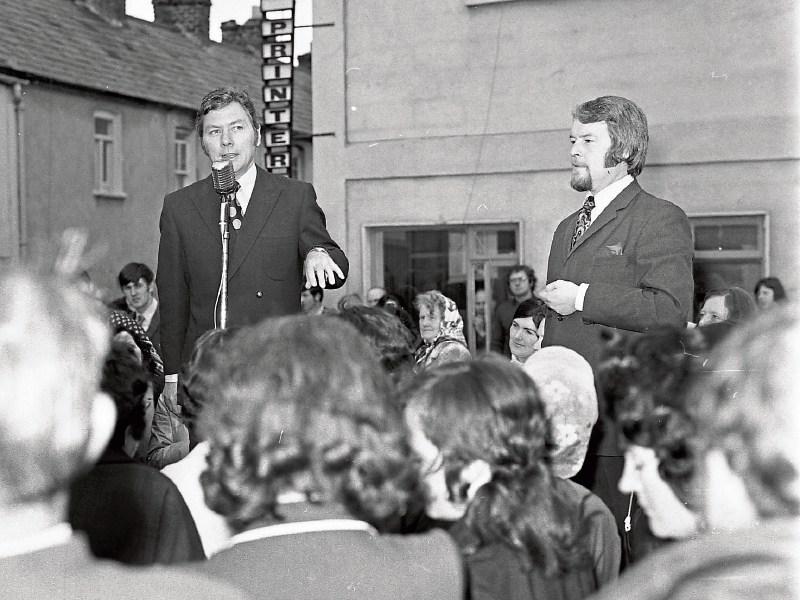 BREATHES there a man – or a woman for that matter - with soul so dead, who, to misquote Walter Scott, never took a ‘selfie’ and said ‘Wow, look at me!’ But when a whole nation does it, it’s a bit daft.

We do it all the time without even cringing. Among the many well deserved tributes last week to the late great Gay Byrne, we paid several compliments to ourselves in the process. ‘Selfies’ I’d call them – without meaning in any way to diminish the nation’s love for the broadcaster, who was such a big part of our lives for so long. Naturally, we couldn’t let the occasion pass without commenting on our own current state of maturity, to which Gay contributed in no small measure. Without him, it seems, we’d never have grown up.

Now, maybe I’m deluded, but I don’t think we’re as grown up as we think we are. In fact, I don’t think we were ever as childish or as infantile as we are now. But that’s no reflection on Gay. He did his best, and in so doing, brought us a long way indeed on the road to maturity. But it might be a bit premature to declare that we’ve arrived. Most of us still need a ‘soother’ to even get through the day and a lot of us are always in some kind of a huff, unable to handle being ‘ghosted’ on social media not to talk of what life throws at us in reality.

While we’re losing our faith in the existence of a Supreme Creator, we believe every old fairy tale dished out to us by the PR and advertising industry. We were never that gullible in the old days, were we? The ‘Toy Show’ is still our favourite TV feature and now we’re turning to the kids to tell us how to run the country. It’s only a matter of time before we reduce the voting age to 12, while the state of childhood, presumably, will be the new ‘maturity’.

It’s not that I have anything against the wisdom of children, mind you. Sometimes they could buy you and sell you without you even knowing it. It’s just that the wisdom of old age is now old hat and even when we’re in our ‘second childhood’, as they say, nobody is listening to us. It makes us feel redundant.

It all depends, of course, on how you define maturity. When Gay Byrne presented his first ‘Late Late Show’ back in the 1960s, we may have been repressed at the time by both Church and State, but we weren’t immature. Most of us had to grow up very fast then and some of us had started working at the age of 14 – a full seven years before any of us got access to a polling booth. Just a few decades before that, our fathers and mothers had founded a whole new State, when many of them were still in their late teens and ‘20’s. There’s nothing like the harsh realities of life to test a people’s maturity, but I’d be afraid we’d melt now if put to the test.

Our own definition of maturity, however, is based on the extent of our sophistication and we’re so sophisticated now that we only have to look in the mirror and see how far we’ve come. But maybe we should look closer. We profess to be more open-minded, tolerant and liberal - until someone puts his or her head above the parapet and expresses a view or takes a stand contrary to the popular flow and then we go and drown our much vaunted tolerance in a flood of infantile tweets that would make even Mr Trump cringe.

Actually, I’m in a bit of a childish sulk myself at the moment after being lacerated by a thousand twitter cuts last week for daring to call for better road manners by all road users. It didn’t help either when I was asked to join a cycling club and see for myself what cyclists have to endure. I’m an OAP for God’s sake and donning Lycra at this stage of my life would be most unseemly and utterly childish.

One thing for sure however, is that the late Sean O’Faolain wouldn’t get away nowadays with calling us a childish people. We took it on the chin once when he wrote: ‘Ireland has clung to her youth, indeed to her childhood, longer and more tenaciously than any other country, resisting change, alteration and reconstruction to the last.” It didn’t bother us in the least then, but now that we have given in to change and accepted reconstruction, wouldn’t you think we’d finally grow up and stop acting like children?