Don't Mind Me: I’m ‘not’ dreaming of a white Christmas 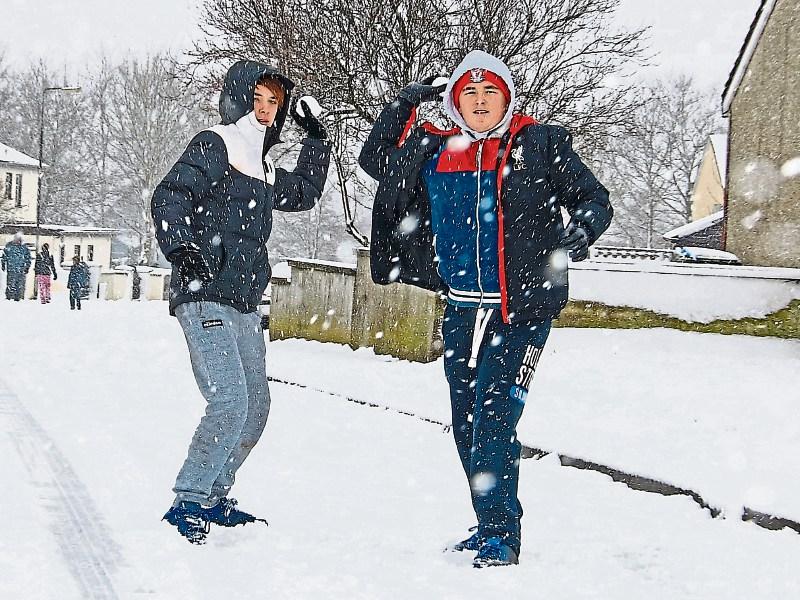 Are we set for another big freeze like the Beast from the East in March 2018?

MAYBE I shouldn’t even mention the W word in case I trigger a fit of unprecedented national gloom.

But the thing is we haven’t felt this low since the Flight of the Earls. It’s truly depressing. The wet weather, as I write, is sucking the marrow from our bones and taking all the ‘joie’ out of the ‘vivre’. As for the woodland paths, far from being as dry as Yeats’ were, they’re as soggy as the Slough of Despond.

You’ve got it! I’m under the weather again and I can’t even find my natural equilibrium because of all the moisture in the air. It’s called water on the brain. Then, just as I find refuge in denial, along comes the Government with a new ‘Be Winter Ready’ campaign. As if we didn’t know! Now I can’t even bury my head in the sand.

The months ahead, by all accounts, could be horrendous weather-wise because of some expected atmospheric movement which may or may not, as the case may be, bring an arctic airflow over Ireland. We’re going to fight it with a massive 217,000 tons of salt. Personally, I think it would have been a much better idea to have given Old Age Pensioners an extra fiver in the Budget last month to help keep the home fires burning.

Anyhow, some delusional romantics have interpreted the ‘Be Ready’ warning, and the fact that all the berries have suddenly disappeared from the bushes, as a certain sign that we’re going to have a bloody ‘White Christmas’. The bookies are slashing the odds on the possibility and some amateur meteorologists I know, claim to have experienced the smell of snow in the air. My own olfactory sensibilities are seriously limited, but in any case I have no idea what snow smells like.

However, to my great surprise - and disgust - everyone is cheered at the notion of a white Christmas. The gloom is already lifting. “We deserve it, after all the rain we’ve had,” a neighbour said when I told her what I had read. Now if that’s not asking for it, I don’t know what it is. The last truly white Christmas we had, we ran out of bread and milk, the water tank froze and the power supply was cut off just when the turkey was half-cooked. I don’t even know if we had enough salt stockpiled, but there were no gritters to seen anyway on these back roads. I can’t handle a crisis at the best of times, but on Christmas day in the kitchen, even the sight of a lump in the gravy is usually enough to trigger a mad fit of hysteria – not to talk of a snowdrift blocking the back door. We couldn’t even go to the relations for the dinner, because, as I’ve already told you, we live up ‘Big Mary’s Hill’ and would have needed skis and snowshoes to get down.

So, I hope you’ll understand then if I say that the last thing in the world I want is a white Christmas. It brings nothing but misery. Give me an incessant downpour any day, so long as it doesn’t last for four months like the current one and swamp me entirely. Actually I’d be very happy if I never saw another White Christmas in my ebbing lifetime.

Nevertheless, this universal dream of a white Christmas persists all around me. It’s exactly what we need, everyone says, to cleanse the countryside and create a bit of atmosphere after the soaking we’ve had to endure. Sure, the Emerald Isle is turning into a quagmire and the spuds are rotting in the fields. Baby hedgehogs are drowning the ditches in England but I think they became extinct here since they started scalping the hedgerows in late autumn to give the countryside a neat overall look for the EU grants. I don’t know how our wildlife is going cope at all in the event of a white Christmas.

Meanwhile as the rain continues to pour down and even the famous November mists are kept at bay, some of my acquaintances are pointing the finger at climate change as the cause of the depressingly wet autumnal season. And we’re all responsible for that, apparently. Others are blaming Trump and some say that Boris Johnson didn’t help either. Now, whatever you may say about those two boyos, they are not weather gods. If you have to blame anyone, blame Zeus, who according to Greek mythology is the one who rules the skies and the elements. On second thoughts, forget it. He is known to have been very, very touchy whenever the finger was pointed at him.

Maybe we should just return to the Faith that once moved mountains for us, and pray for better weather.