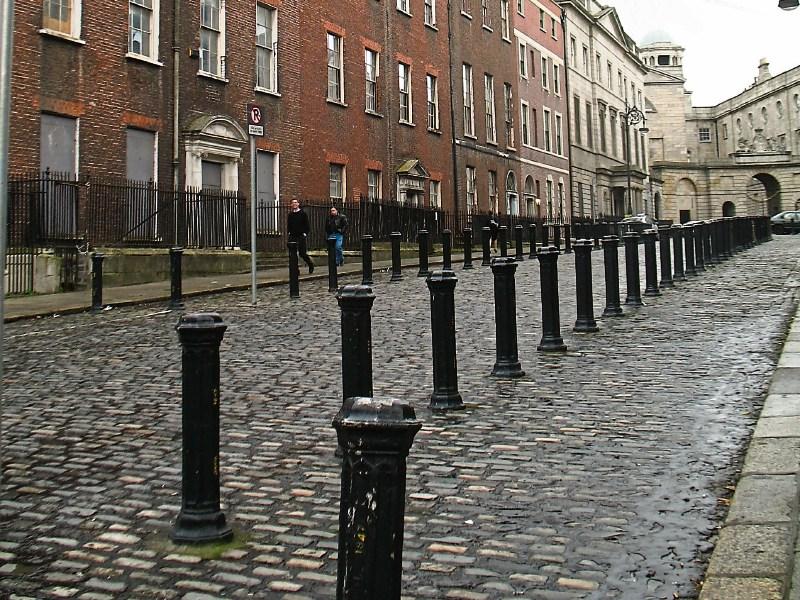 ROSE tinted glasses are the bane of old age. The further on you get in years, the rosier the past appears, while the future becomes more ridiculously out of focus with each passing year. It’s very disconcerting, to say the least. It means that you have to view everything with a jaundiced eye – just in case.

So it was with a certain amount of bemusement then that I tuned in to Ryan Tubridy’s morning radio show last week when it was broadcast live from 14, Henrietta Street, the official monument, not so much to the grand world of George Moore’s ‘Drama in Muslin’ but to the appalling hardships of tenement life before and after the foundation of the State. What struck me most was that there wasn’t even a murmur of anger over the conditions in which so many people once lived; only fond memories of community and familial togetherness, bolstered by a memorable sense of place. And I said to myself, we must have come a long way indeed not to be looking back in anger.

Maybe we’re preparing ourselves for a more Spartan future when climate activists and extinction rebels finally cut off the central heating and convert our Celtic Tiger mansions to communal living spaces for at least a dozen families, all huddled together.

However, I have an entirely different bone to chew with the Ryan Tubridy Henrietta Street show and it’s this. Everyone who ever lived in the once elegant street, from the aristocracy to their hapless successors, received a mention. Even those who only passed through on their way to more august surroundings - the ‘lords’ and ‘ladies’ of the Kings Inns - were remembered by a retired judge who recalled feeling terrified passing hordes of young children sitting on the doorsteps on fine days. Everyone was mentioned, everyone, that is, except myself and thousands of other country girls who stayed in Henrietta Street, finding our feet in the Capital after leaving home for the first time in the 1960’s and 70’s.

I can’t believe that nobody even mentioned St Brigid’s Hostel, 9, Henrietta Street – only five doors from the current tenement museum - where I lived for four glorious months in the summer of 1965, while working in the Department of Agriculture in Upper Merrion Street. It feels like being wiped off the pages of history because nobody recalls that we and the Sisters of Charity who ran the facility were part of the Henrietta Street story too.

It wasn’t as if we were invisible either. Anyone passing there in the 1960s would be forgiven for thinking that he or she had happened upon the Tower of Babel, so diverse were our accents and dialects. There were girls from every corner of the land, most of us newly appointed Civil Servants, and sometimes in our youthful exuberance, we drowned out the voices of our neighbours. We all lived in harmony and we certainly weren’t conscious of gross overcrowding and Spartan living conditions on our doorstep. Maybe that was because we had come from the country, and many of us were only a generation or so removed from the mud-walled cabin – another romanticised monument to hard times.

We paid the grand sum of £3. 10 shillings for bed and full board. It was a lot, considering that we started off working on £6. 7. 6 a week. But without it, we’d have starved. Adding to my expenditure, I had to get a bus to Merrion St every morning because I was never up in time to walk. For all that, I never felt as wealthy in all the years that followed as I did then.

The food was plain, but nourishing, but nourishment was the last thing on our minds. We all wanted cornflakes for breakfast rather than the proffered scramble egg and toast, and sadly the flakes were usually all gone by the time I got to the table.

But we had great fun on this temporary pit stop on the rocky road to independence. My best friends from my Henrietta Street days came from Thurles, Urlingford, Mayo, Donegal, Clare and Limerick. I remember one in particular with whom I kept up a correspondence for many years afterwards – Maureen Hayes (RIP), from Kilfinane – who worked in the Department of Social Welfare in Store Street and who showed me how to work the washing machine in the intimidating basement laundry. Nevertheless, I wallowed in the grandeur of the architecture and sometimes in my dafter illusions, I imagined myself as a debutante floating gracefully down that elegant staircase on the way to a Castle Ball. Really, I didn’t know myself in Henrietta Street.

The only drawback was that the doors of the hostel closed sharply at 11.30pm each night, which really played havoc with our social lives.

We were only passing through, of course, but any story about Henrietta Street, that doesn’t include us, is completely unbalanced as far as I’m concerned.