Don't Mind Me: Heavens above: My new love for stars 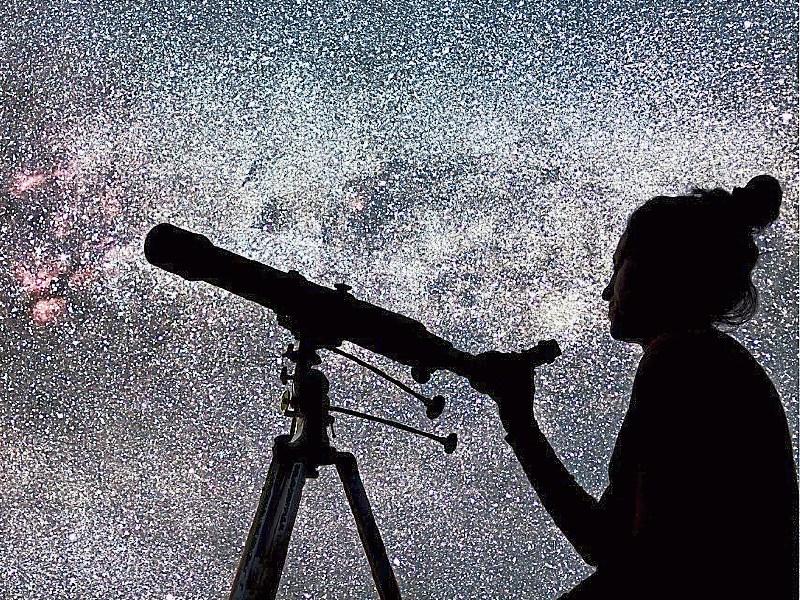 THE possibilities are endless when you acquire an extra-terrestrial telescope.

But that’s exactly what worries me. Endless possibilities freak me out. Anyway, I’ve never really recovered from reading the kids’ version of HG Well’s “The War of the Worlds” when I was 12 and nothing will convince me, even today, that there aren’t myriads of universals – as distinct from universes - out there eyeing us up. I have no desire to get too friendly with any of them.

So you can imagine how I felt then when a giant telescope arrived on the doorstep. The youngest daughter brought her latest acquisition home to meet her mother and she might as well have brought the last surviving Himalayan Yeti, so unwelcoming did I appear. “What do think this is? Dunsink?” I growled.

I had given ten years coming to terms with the ‘empty nest’ syndrome and now one of the fledglings was back, complete with a vast wardrobe, enough books to open a library and a giant ‘Sky Watcher’ telescope that had to be accommodated temporarily in the good room with the highest ceiling. If we had put it anyplace else, we’d have had to punch a hole in the roof. “We’ll have to find a home for it somewhere,” I said, magnanimously. Then I remembered that I had said the same thing to her when she came home from school one day many years ago with a mangy stray dog in her arms.

She has taken a career break for a year from her onerous teaching job in a Dublin school. She’s not going to the Middle East to make a ton of money like other career break teachers, because ((a) she doesn’t like the Middle Eastern attitude to women and (b) she’s not interested in making money. If she was, I suppose, she wouldn’t be in the teaching profession in the first place. And she certainly wouldn’t have spent her last pay packet on a telescope. No, she’s going star-gazing instead.

Nevertheless, I was delighted to have her back for a few months with all her paraphernalia even the invasive telescope. It dwarfed everything in the house and practically took over the nest, but I said nothing for fear of offending the daughter - a perfect example of unconditional love. The only thing to do, I decided, was to ignore the monstrosity. My mother always told me when I was walking nervously past a strange dog not to look at him, whatever I did. “Pay no heed, and he won’t touch you,” she‘d say.

But one chilly night in September when the sky was awash with stars and the harvest moon was aglow, I went outside with her to view the night sky. I had no idea what I was looking for – Ursa Minor maybe or a new super-earth planet that might prove re-assuring to the extinction rebels who will be taking over the GPO before we know it.

But even as I peered tentatively through the lens, something truly monstrous loomed in front of me. ‘Jesus, it’s the Iron Man,’ I yelled. “You’re focussed on the tree,” said the daughter, rolling her eyes heavenwards.

She tilted the telescope towards the sky and suddenly I was seeing stars. I wasn’t sure whether I had been hit by a brick or if I had underestimated the strength of the contraption. Several stars, as far as I could see, were running in different directions and at one stage I thought I was going to have a new comet named after me. “The sky is full of satellites and a lot of what you’re seeing is high-flying aircraft,” she reassured me. She turned the telescope towards the moon and even though it was still at the waxing stage, Diana was so bright and so close that I nearly fell into a crater. Even that didn’t impress her much.

Astronomy is her hobby and her passion, although I once thought that the only stars she really admired were the ones that hung out in Hollywood. It’s in her genes and, while she wants her Mammy to share her interest, it’s definitely not in mine. She’s a great, great, grandniece of the 19th century Cincinnati based astronomer and mathematician, Daniel Vaughan, who was born in Kilbane. She didn’t pick it up off the ground then, except that Daniel didn’t need a giant telescope. He used his mathematical skills instead.

Since I don’t share my daughter’s enthusiasm and since it hasn’t stopped raining since that bright Harvest Moon, we’ve had to find a new temporary home in another place for the precious telescope. We might retrieve it during the winter though, if the clouds disperse and the sky gets more interesting. We might even take it to Lough Gur for a really atmospheric viewing. But Heavens above, I hoped I don’t get hooked or we’ll have to build an extension.