Don't Mind Me: Don’t be fooled by jet-setting royals 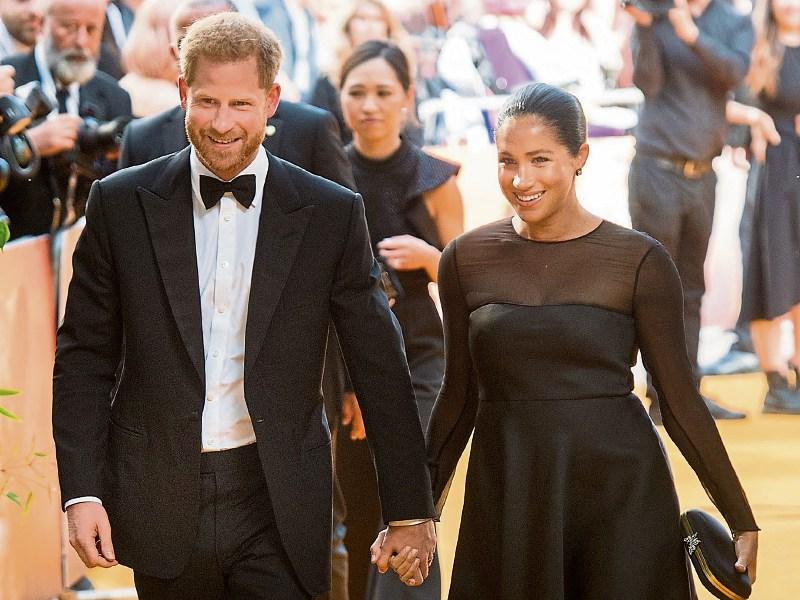 IUSED to be a big fan of the British royal family. I don’t know if it was a result of my own delusions of grandeur or a deficiency of blue cells in the blood caused by us not having had a monarch of our own for centuries to indulge our genetic penchant for pomp and ceremony.

But blue blood or not, the younger royals are beginning to get my goat, especially Harry and Meghan whose self-righteous attempts to save the planet have become frightfully irksome. When it comes to blatant populism, Leo couldn’t even hold a candle to those two.

Naturally, the nasty tabloids didn’t spare the Sussexes when news of their private jet-setting broke last week. And why would they, since the Duke and Duchess are constantly setting themselves up as paragons of environmental virtue? While I’d consider myself as environmentally friendly as anyone, having finally surrendered to an invasion of weeds and briars in this ‘growthy’ weather, I wouldn’t be so presumptive as to set myself up as an example to anyone else.

When Elton John came to the defence of the trendy royals saying that not only had he paid for their jet trip to his home in the South of France, but he had also paid to ‘carbon offset’ the trip, I thought he had filled the jet’s tanks with a rare carbon-free environmentally friendly fuel, available only to the filthy rich who can afford such a luxury. Don’t laugh now, but I really thought the jet had flown to Nice without emitting a single puff of carbon. More fool me!

Now I’ve learned that anyone can buy a carbon offset to salve their conscience and mitigate their guilt for polluting the atmosphere. That’s if they can afford to, of course.

Buying a ‘carbon offset’ is like a walk in the park apparently, but you’d want to be careful who you buy it from. You could buy it, for instance, from someone who promises to pass the money on to a Brazilian farmer on condition that he didn’t burn down any more of the rainforest to expand his beef production. But he might never have contemplated such vandalism in the first place, so the ‘offset’ is cancelled, and there’s nothing to counterbalance your own recklessness only stupid tokenism.

I have no doubt but that there are genuine ‘carbon offsets’ too, but if you’re going to damage the environment, what’s the point in paying someone else to make up for your transgressions? I don’t know where the ridiculous idea originated, but if this is the best the planet-savers can come up with, then we’re all doomed. It reminds me of nothing only the old indulgences the Church once sold to devotees to enable them to buy a shorter stint in Purgatory.

Personally, I don’t think anyone, even Elton John, should be able to purchase a carbon offset to reduce the size of his or his friends’ footprints. The whole thing smacks of hypocrisy and like the old church indulgences, is open to all kinds of corruption. If there’s a price to be paid for saving the planet, then we should all pay it according to the extent of our guilt.

Those, however, who advocate carbon credits and ‘carbon offsets’ are the very people who can’t see the beam in their own eyes. There would be no need for offsets in the first place if everybody took responsibility for their own actions. Even as they jet around the globe, leaving toxic contrails in their wake, they persist in demonising Irish farmers for their contribution to greenhouse gasses, while blithely ignoring the fact that Irish farmers are the most carbon efficient milk producers in Europe.

But maybe we should play them at their own game and put ourselves in the market for carbon offsets. Let’s promise not to increase our cattle herds any further in return for the price of an ‘offset’ from global jet-setters like Harry and Meghan. We should be able to name our price. It won’t help the planet, of course, but it might open someone’s eyes to the obscenity of letting some people to buy their way out of Purgatory.

Queen Meabh of Connacht will be turning in her grave, but the sad truth is that the brown bull of Cooley is no longer as valuable as he was either.