Don't Mind Me: Sure, what would a fiver get us? 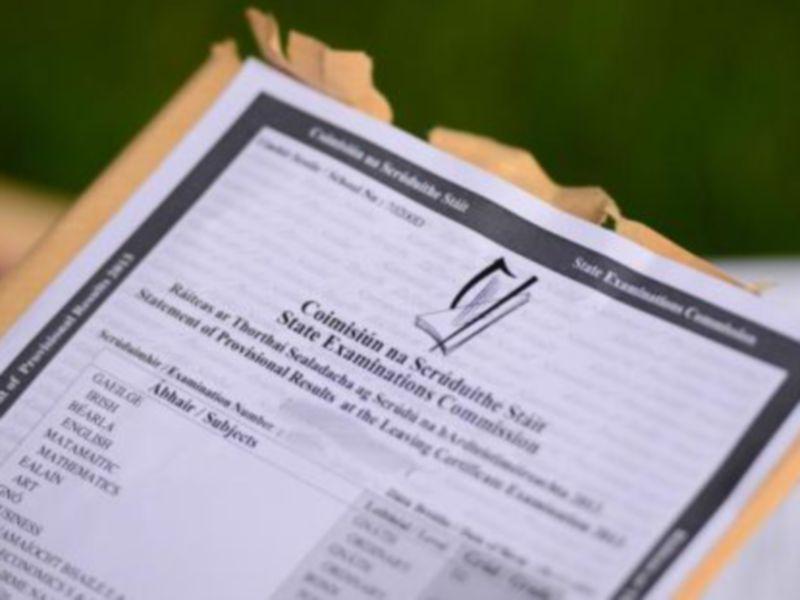 IT’S that time of year again. Season of mists and mellow fruitfulness, Leaving Cert results, CAO offers, schools re-opening, All-Ireland final day, violent thunderstorms, pre-Budget flyers, blooming giant hogweed and Japanese knotweed! I’m spoilt for choice, but to be honest, they all give me the heebie-jeebies.

Give me the ‘bright shillings’ of March and the promise of early spring above all this autumnal fare any day.

For a start, there are no bright shillings on the horizon this autumn, for us OAPs anyway, and that’s for sure. Some miserable sods in the Department of Finance and the economic think-tank have decided that the now traditional fiver a week raise in the pension would be the straw that would break the camel’s back on top of the fall-out from a no-deal Brexit. Have they forgotten who made the country for them?

But we have Willie O’Dea on our side, as well as Finian McGrath, so who knows but the Budget shapers may yet be shamed into keeping up the tradition of the extra fiver.

Having said that, I’m not sure if we even deserve the raise anymore. I wouldn’t blame Paschal Donoghue if he ignored us altogether because of our ungracious reaction to previous Budget boosts. Last year, and the year before that, when the extra fiver was announced by the Minister for Finance in the Dail on Budget day, we scoffed at the proposal, pooh-poohed the paltry sum, feigned deep offence and took considerable umbrage.

“What would a fiver get us,” we whined, “a couple of cups of coffee or an extra bale of briquettes? You wouldn’t give it to a child to buy ice-cream.”

“Crumbs,” one of my close friends muttered, trying to bite the hand that fed us, and displaying not even an ounce of gratitude or graciousness. I think I was the only OAP in the country jumping up and down at the prospect of an extra fiver in the weekly payment, although it didn’t come for several months after Budget Day - by which time I had lost sight of galloping inflation and the fiver was obliterated.

Now, maybe if we had been a little bit grateful last year and shown some appreciation for the gesture, there wouldn’t be a major question mark over whether we will even be remembered in this year’s Budget. They’ll think that there’s no point in insulting us again especially with a general election looming somewhere on the horizon? And who would blame them?

Of more concern, however, is the blatant way in which economists view the new demographic where pensioners will proliferate. They’re not saying that we’re living too long, but they don’t sound as if they’re over the moon at the prospect either. If we’re not careful they’ll soon be docking a fiver a week from the old age pension to discourage our new found longevity. An extra fiver won’t do much for any of us, but at least it will make us feel relevant in the face of dire economic sentiment that seems to view us as a burden. Maybe we should be grateful for that.

The war on knotweed

On a different front altogether, I’m delighted this autumn to see that Limerick County Council and Tipperary County Council have gone to war – not with each other, mind you, but with alien plants that have invaded both counties. In Tipperary, we’re fighting the proliferation of Japanese knotweed, which seems to be winning the war at the moment. Despite Council bombardment, the lunatic plant is thriving everywhere, advancing on the Rock of Cashel and threatening to wipe us off the face of the earth, hurling fields and all. I’d say it was an act of sabotage by the rivals, only I’m not the suspicious type.

Meanwhile, Limerick is fighting its own demon – the hostile giant Hogweed, which is advancing along river banks and across the Tipperary border, armed to the teeth with a toxic sap that causes third degree burns. But while the Japanese knotweed is a relatively new pest, the giant hogweed has been around for as long as I can remember. I first wrote about it back in the 1980’s, when an angler on the banks of Mulcair suffered a severe burn from contact with the nasty plant.

A campaign was initiated at the time to wipe it out. Everyone was blaming the Anglo Irish Ascendancy for introducing it to their walled gardens and vast estate grounds, and then failing to take it with them when they left the country. There was no containing it then as the gentry disappeared and the walls collapsed. I sincerely hope this new campaign to root it out will be more successful than the previous one. Otherwise the Anglo/Irish war will never be over.