Don't Mind Me: Fee-paying pupils are a class apart 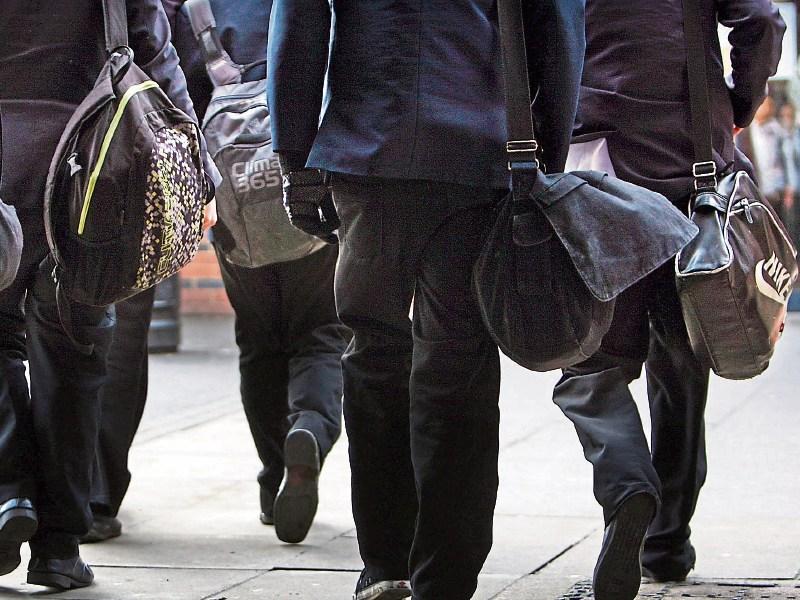 We nearly choked on our caviar: Fee-paying schools are being subsidised up to €90 million a year with taxpayer money

WHERE’S all this latest fit of disdain for private education coming from? Just because we don’t like old Etonian, Boris Johnson, doesn’t mean that we should pull the plug on state subsidisation of fee-paying schools in this country. After all our own prime minister is a product of one such institution himself.

As a matter of fact, a lot of us went to fee-paying schools and it didn’t do us any harm at all. I attended the Convent of Mercy Secondary School in Nenagh in the mid-1960s and my parents forked out nearly £20 a year in old money for my education fees. That mightn’t sound a lot now, but as far as I can recall it was about four times the average weekly wage back then. In today’s terms - going by CSO figures - it would work out at around €3,000 a year. You’d get a good fee-paying day school anywhere in the country for that now.

By the way, in case you’re disappointed in me and my social pretensions, I have to point out that it was the only time in my life that I ever found myself among the privileged. And, to be honest, it was lost on me.

Now it has become a distinct disadvantage to have attended a fee-paying school. In this country, it’s positively unpatriotic, despite the fact that some of our greatest heroes, Parnell, Daniel O’Connell, George Bernard Shaw, James Joyce and Yeats were all privately educated. Dev and Padraig Pearse went to the Christian Brothers, God bless them!

Taxpayers – many of whose kids are availing of a private education – are supposedly hopping mad at the idea of having to subsidise such privilege. The media in general has whipped up a storm of outrage over the news that private schools here were subsidised by the taxpayer to the tune of €90 million last year. What do they expect in an uppity nation like ours? We build mansions in the countryside, holiday in the Maldives and we want the very best for our privileged kids. State of the art sports grounds are a particular bone of contention. But who is to say that the rugby world cup won’t one day be won on the playing fields of Blackrock or Glenstal?

It transpires however that fee-paying schools today are not as privileged as they once were and have to bear a worse pupil/teacher ratio than all state schools – thanks to the social conscience of former Education Minister Ruairi Quinn, who ironically was a product of a private school himself. Now doesn’t that say something about private schooling?

It also appears that the bulk of the €90 million spent on subsidising private schools went on teachers’ salaries. Judging by the ensuing uproar, anyone would think that teachers working in fee-paying schools were getting a bonus for educating the privileged. They get the very same pay as teachers in every other school and unfortunately have the very same ratio of pay discrimination too.

Okay, say the egalitarians, why don’t parents who opt for a private education for their children pay the teachers’ salaries themselves – as they do in England. Are you joking? Up the fees and make private schooling even more privileged than it is at present! Anyway, teachers don’t work just for the money. The terms and conditions are important too and there’s still a lot to be said for a public job.

We were all delighted when Donogh O’Malley introduced free education 50 years ago, although it came a little bit too late for some of us.

The funny thing is that none of us then would even have dreamt of being the recipients of free State-sponsored education. But we’ve all learnt since then that there’s no such thing as a free meal and if there was, we’d still think that there was better fare to be had at a price. And for all our new found egalitarianism, the thing that bothers me most in this perennial controversy is the incessant, parallel moaning over our lost aristocracy. I don’t think we’ll ever really get over the flight of the earls.

I don’t think we can withdraw state subsidisation from fee-paying schools without causing great angst among the upwardly mobile, not to talk of at least some financial cost to the public purse. State schools, many of which are already infrastructurally challenged, would be inundated with former fee paying students, while private schools would apply for re-designation as state schools, causing all kinds of social trauma. On top of that, the ethos of many schools would have to be abandoned in the scramble for public funding, and how some people would even be able to function without the help of the old school tie, doesn’t bear thinking about.