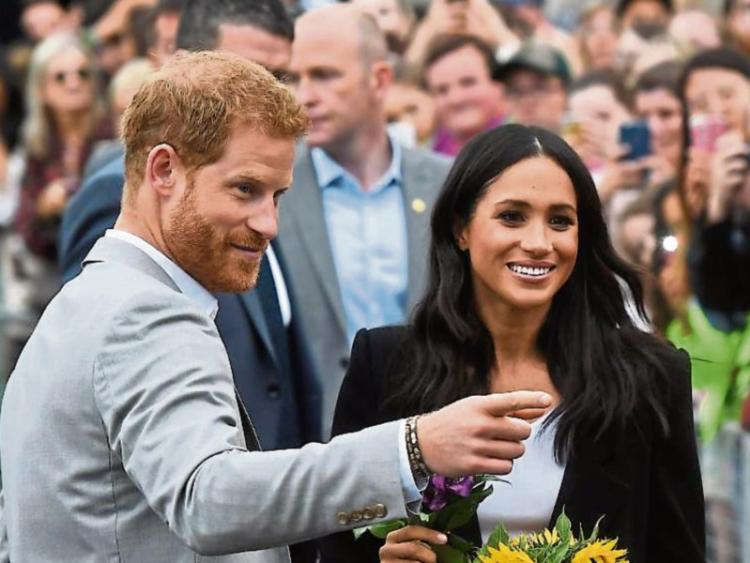 The Duke and Duchess of Sussex in Dublin

EVERY now and again, the old begrudgery gene kicks in and I’m never quite sure what sparks it off. I don’t know whether it’s the weather or some kind of a sub-conscious class envy, but whatever it is, it’s turning me into a bit of a contrarian. I really don’t like it at all

For instance, last week during the visit of the glamour royals, Harry and Meghan - about whom I have no real opinion, one way or the other – I succumbed to a fit of jaundice. Now, being a descendant of Niall of the Nine Hostages and a host of minor Gaelic chieftains, I want to make it clear that I am, and always have been, a monarchist at heart. We have a lot more in common with the British Royal family than we care to admit, but, for all that, Prince Philip is my favourite royal, mainly because he has a quirky sense of humour and he’s not too hung-up about the ‘Ps and the Qs’.

Anyway, it wasn’t the privileged young visitors who provoked my sudden and irrational fit of sour grapes. It was the garden party at Glencairn House and the appearance of the latest native aristocracy from the worlds of sport, culture, the arts and, of course, politics, preening themselves in the presence of royalty. Among them, let me add, were some very worthy guests including valiant survivors of HSE cock-ups as well as several indefatigable charity organisers, without whom some of us, at least, couldn’t function. They certainly weren’t preening themselves and even if they were, I wouldn’t, for one minute, begrudge them their place in the sun.

As for the others, I don’t know what some of them were doing there at all when those of us who have been staunch royalists all our lives didn’t even make the ‘afters’. I remember once back in the last century – around 1995, I think – when the tourism industry had hit the doldrums, suggesting in this very column that we ought to invite the Queen and her husband over for tea to help kick-start our flagging tourism. The response from a few readers was venomous. One charming individual with an original line in torture methods, said that I should be tarred and feathered.

When Her Majesty finally did set foot on these shores, the very same people couldn’t wait for the Royal nod and some of them looked as if they had been practising their curtsies for months. Needless to say I didn’t make the guest list then either and I have to say that I was rightly miffed when I saw that the then President Mary McAleese had brought her whole family along to meet the Queen.

I’d dearly love to know who drew up the 300 strong guest list this time round. Was it Leo or was it the British, was it Meghan and Harry themselves or was it the protocol section in the Department of Foreign Affairs? I’m curious, that’s all, because half the country wasn’t even represented – the half that doesn’t feel one bit comfortable in the New Ireland.

But don’t mind me! I’m not really that bothered about garden parties. The last time I attended one – run by a village fete committee over 20 years ago in County Limerick – I fell over backwards into a large flower pot and had to be extricated, red-faced and covered in wine stains, by the chairman of the committee – but not before I had flattened half the foliage. I’m not a garden party person, and for all I know my notoriety may well have reached the ears of Leo.

On top of all that, I have always been wary of garden parties that are attended only by the great and the good. Who decides who is great or who is good? The first garden party I ever heard of – although apparently there had been several such official events after the foundation of the State when we couldn’t wait to following in the footsteps of our previous masters – was in 1963. The country, that summer, was in a JFK frenzy and Dev and his wife hosted a garden party for the US president in Arus an Uactharain. I was too young then to have expected an invitation but when I returned to school in September, a teacher I particularly disliked walked into the classroom with a more exaggerated swagger than usual. She had been a guest at Dev’s garden party earlier in the summer – her family having supported the chief in his days of struggle. Unfortunately, I could never feel the same about the tragic JFK again. Then there was the other famous garden party at the Aras when Paddy Kavanagh attended on a press pass in a dirty jumper and without socks on his feet, and had the temerity to act “as if he was one of the honoured guests”.

So, stuff your garden parties then! Sometimes it’s a real bonus not to be numbered among the great and the good.