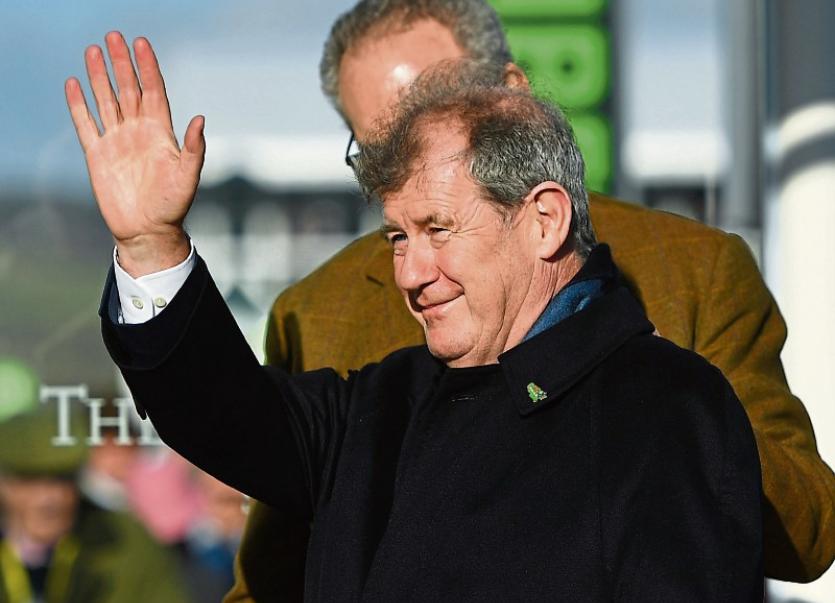 Horse racing magnate JP McManus is a regular on Ireland's rich lists, but Patricia says she is not sure why she ever reads them

IF I see another ‘Rich List’ published on an Irish newspaper, I think I’ll throw up. I don’t need to know that, once again, the Weston family has topped the country’s rich list with a whopping €10 billion plus at its disposal or that our own home grown billionaire, JP McManus, has come 13th with a tenth of that in his pocket.

What I need to know is how I can get my hands on some of the nation’s vast riches, or if the mind-boggling figures mentioned in the latest survey are before or after tax.

It’s the post-colonial begrudgery gene manifesting itself again, I suppose. Some people might even say that I’m suffering from a very nasty dose of class envy. Nothing could be farther from the truth. I’m all for class and I’ll be tuning into the Royal Wedding this Saturday without even a hint of jaundice.  Prince Charles has promised it will be ‘a great day for everyone’.

I don’t even know why I bother reading the ‘Rich List’ in the first place, seeing how it causes me such angst. Maybe it’s because I’m afraid that someone I know, who couldn’t spell his name at school and who didn’t even have the proverbial backside to his britches back then, might have made it. Stranger things have happened. The trouble is I wouldn’t know whether to applaud him or begrudge him his success.

Now a new kind of ‘Rich List’ has appeared in the Press – the Political Rich List. Its stated aim is to provide the electorate with an estimate of the wealth of the TD’s who represent us in the Dail. Its real aim, as far as I can see, is to stir the unmentionable and ignite the begrudgery gene. You see, it’s highly commendable to have your name on a rich list, so long as you’re not a TD. We kow-tow to our multi- millionaires, but the sight of a TD on even a paltry ‘political rich list’ where we don’t even have a single billionaire, is enough to make the blood boil and release repressed memories of brown envelope . If some of us had our way, they’d all be operating out of the workhouse and breaking stones by hand to fix the pot-holes.

You could say, of course, that we pay their salaries and thus are entitled to know  what they have and where they got it, or if they have vested interests in any of the decisions they are called upon to make. But we have a Dail Members Register where all that is recorded, although it has been suggested that this register could be better policed. Transparency is the name of the game, but I think we should draw the line at sensationalising a couple of million Euros, based on pension pots that unfortunately might never be realised.

As you may have guessed, the political rich list didn’t excite me one bit. Not one person on it would have made the real rich list. The super-rich, over whose lives I have no control, excite my begrudgery occasionally, but politicians on the whole, I find, are under-valued and very much under- appreciated. They may not be worth their weight in gold - most of them anyway - but they’re worth a lot more than our idolised idle rich.

For all that, I’m delighted to see that Limerick city has three millionaires in the Dail, while my own county of Tipperary can boast of the richest TD in the House as well as four others with millionaire status. We’re part of the Golden Vale, not the golden circle, for God’s sake. Stop that begrudgery now!

Actually, if I were you, I’d take it all with a pinch of salt. Michael Noonan, Willie O’Dea and Jan O’Sullivan are listed in the millionaire bracket, purely on the value of their pension funds. Michael Lowry has property worth €2,073,000 and a business worth €2,187,000 on top of his pension pot, but Willie’s pension fund alone is estimated at €3,065,685. It’s all about perspective and anyway, they all contribute to their pension funds and pay a levy on top of those contributions, and they never know the day, no matter what they do or don’t do for us, when we might decide to pull the rug from under them.

Now I don’t want to be seen as an apologist for the politicians. They’re well able to defend themselves. But, so long as they’re not breaking the law, they deserve better than to be constantly subjected to such petty fiscal surveillance from a media and a public that generally and unashamedly holds obscene wealth in the very highest esteem.