You never miss the water ‘til the well runs dry 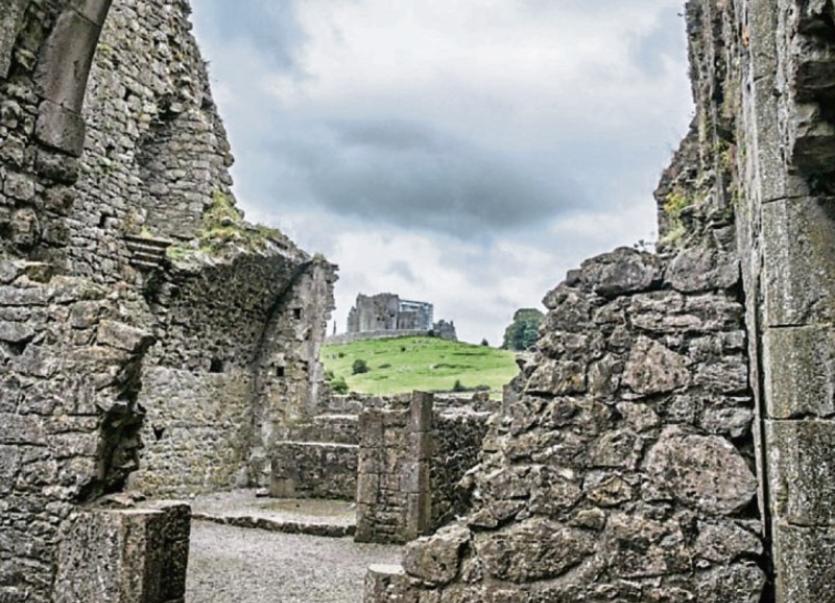 PRESIDENT Michael D Higgins has just sparked a big hoo-ha about the imminent demise of Junior Cert history, as if we hadn’t enough to bother us right now. Suddenly, however, the whole country is hankering after the past. Typical, isn’t it? You never miss the water ‘til the well runs dry – or until Michael D alerts you.

But there’s more at stake than slaking the thirst. If we don’t know our history, how, in the name of God, are we going to know who we are? That is the question on everyone’s lips at the moment. A pertinent question sure enough! The only trouble is that those of us who studied history with fanatic zeal in our youth in order to get ‘a call to training’ or a job in the bank, still don’t know for sure who we are. Actually, I was a bit gobsmacked myself to learn recently that despite being able to trace my lineage back to Niall of the Nine Hostages, my genetic code still reads only 92 per cent Irish. Dammit, I’m all mixed up. Prince Charles, by all accounts, is as closely connected to Niall as I am – if not closer.

They also say that if we don’t know our history, then we’ll probably have to re-live it. As the great Henry Ford said, this is bunk. History has a habit of repeating itself anyway, whether we learn it or not. The lessons of history are largely lost on us.

Anyway, the question I want to ask is where were all those history buffs when the downgrading of the subject in the classroom was first mooted a couple of years ago to make way for well-being and mindfulness and a host of other frothy topics. Where was Michael D when they removed the only interesting bit of the Irish language syllabus in the Leaving Cert – Stair na Gaeilge? There’s no point in making noises now. Junior Cert history is on the way out, come September.

Maybe history is too bloody minded a subject for the children of the snowflake generation, known collectively as the ‘Z’ generation, who, incidentally, sound as if they need a daily snooze on top of lashings of mindfulness, in order to keep going. Would they even have the attention span needed for Junior Cert history?

I was never a great lover of history myself. Very early on, I suspected that the Annals of Inishfallen were written by the Inishfallians themselves with an eye to future glory.

Even now I’m a bit sceptical about the disclosures of the Military Bureau Archives – personal hand written accounts, by those who took part, of their experiences in the war of independence. They were hardly going to paint themselves in a less than favourable light for posterity, especially if they were after a pension as well. There was no-one to contradict them then, and there certainly isn’t now.

Now this isn’t in any way to denigrate the glorious days of revolutionary Ireland. It’s just that there are periods of history that I just can’t get my head around. One of the biggest bugbears of my Inter Cert history class (the old Junior Cert) was the Battle of the Boyne, which seemed to have nothing at all to do with us, but which still reverberates through our psyche. We were so detached from the real contest that we offered to fight it all over again – with King Billy at our head. All we wanted was to win and to sack the losing manager. Does that sound like déjà vu to you?

Professional historians and history teachers say that President Higgins was absolutely correct to call for the continuation of history as a core subject in the Junior Cert. I don’t know what a core subject is but history was never compulsory – like Irish for instance. But where would any of us be without our history, they want to know. It’s what made us what we are – and you can make of that what you will.

What I want to know is this: what do the multinationals - who want us to concentrate on STEM subjects in schools so that we can help them maximise their profits – think of our latest defiant stand for Junior Cert history?

Presumably history is bunk to them too and like Henry Ford they think that “the only history that is worth a tinker’s curse is the history that we make today” – or, more pertinently, the money that we make today. I’d hate to think of them upping sticks and leaving us in the lurch - despite our history of generous tax breaks - just because of our obstinate attachment to history.

The President is right in one thing though. We’re the product of our history, whether we know it or not. Presumably too, he might like to go down in history himself, and there isn’t much point in doing that if nobody in future gets a chance to appreciate his accomplishments.