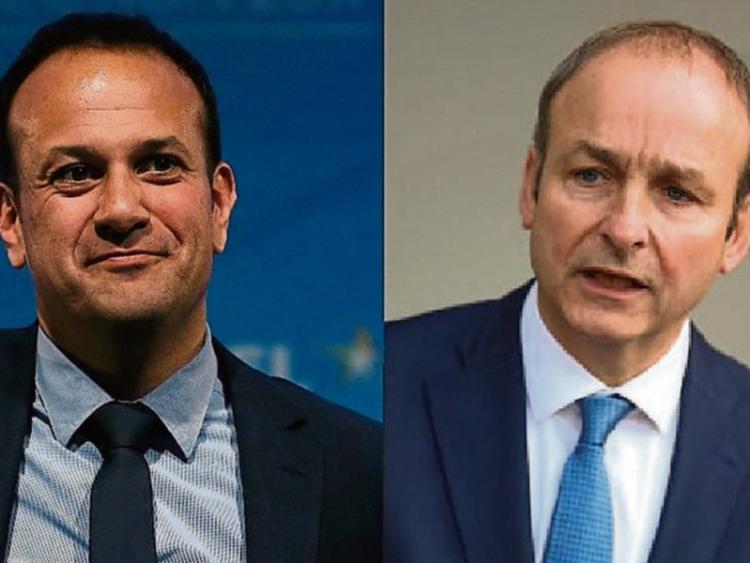 I DON’T know about the rest of you but I’m feeling a bit restive these days – like a hen with an egg if you want to know.

I’ve developed this inexplicable yearning for a general election and I really have no idea what brought it on if it wasn’t the massive hangover I had after eating an organic dark chocolate Easter egg, which I was assured would do wonders for my heart.

Then again, it might be because I’ve suddenly realised that if I see three or four more elections in my lifetime, I’ll be lucky. Or maybe it’s because I’m sick to the teeth of this limbo into which we were plunged two years ago now by the Confidence and Supply Agreement between Fine Gael and Fianna Fail.

I thought it was a great idea at the time, seeing that we didn’t manage to produce a Government ourselves. I even thought it might finally heal Civil War wounds. Now it just irritates me.

What irritates me more, however, is the unsubstantiated claim, mainly by politicians, that nobody wants an election. Speak for yourselves, I say. There’s nothing like an election to whet the appetite for involvement and to rouse us from our current state of political apathy. Personally, I can’t wait for the Taoiseach to go to the country or for Micheal Martin to pull the plug, and I really don’t care which of them pulls the trigger and triggers the poll.

Now, I have nothing against the Government, apart from the fact that they’ve taken the country on the crest of a wave, leaving some of us still paddling in the shallows. Ahoy there, I think we’ve gone aground!

They have also failed miserably to end public service pay discrimination, especially for young teachers, who I think should swallow their much vaunted ‘dedication’ straight way and down tools. I don’t know why they haven’t the guts to tell the Department of Education what to do with their yellow pack vision. I’m not too keen on the direction education is taking either, and what Richard Bruton has done with the salmon of knowledge is a complete mystery to me.

No, it’s the Confidence and Supply Agreement that’s bothering me most. I fear that it’s emasculating our democracy – if you’ll pardon me using such a verb in this age of gender neutrality. The agreement is due for review at the end of this year, but I don’t think I can wait that long. I just need to go to the polls straight away and renew my pledge of loyalty to Michael Lowry, whatever about electing a government.

The ruling classes, however, seem to have come to the conclusion that elections are bad for us. They threaten the health of the economy and they don’t do anything for our morale, especially when, as happened last time out, the result is inconclusive. Well I disagree. A healthy democracy demands engagement and even if we don’t like any political party enough to give it an overall majority, we can’t just wash our hands of the process. Anyway, I believe that the electorate would much prefer a government that was beholden to them rather than one beholden to a party that was propping it up under a Confidence and Supply agreement that might disintegrate at any time. They’d certainly prefer if the politicians they returned to the Dail weren’t always walking on egg shells, fearful of precipitating an election which they think nobody wants or needs.

But even if we do have an election before the year is out, I greatly fear that the campaign will lack the vigour, intensity and fun of past campaigns. Thanks to social media, political correctness and our collective guilt at having to indulge ourselves with yet another visit to the polling booths in the space of a couple of years, there won’t be any room for electoral entertainment.

Posters will be frowned on, ‘no canvassers’ notices will be fixed to every door and no candidate will even think of standing up on the back of a lorry after Mass outside the chapel gate and addressing a crowd of baleful church-goers.

It’s is a great pity, because this is what fuelled our political engagement in the days when we had little problem electing a government without anyone having to resort to confidence agreements. It even fuelled electoral engagement in ancient Pompeii as I read recently in National Geographic Magazine. The city walls were littered with election graffiti, apparently, and even though only the rich could vote, everyone was involved.

Nothing injurious could be posted about any candidate and defacing anyone’s poster was not acceptable. Nevertheless, dirty tricks were not unknown. One poster boldly declared “The sneak thieves propose Vatia as Aedile” - put up apparently by his opponents. He didn’t stand much of a chance after that.

We, of course, are above all that now. But we could still get a bit of a kick out of a general election if someone only had the courage call one.