Jurgen Klopp claims even thinking about Liverpool quadruple would be ‘crazy’ 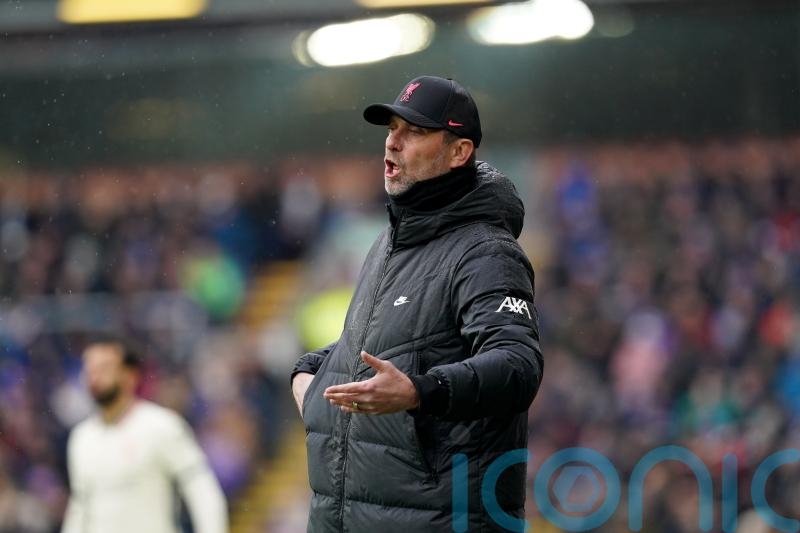 Liverpool manager Jurgen Klopp insists it is “crazy” to even think about winning an unprecedented quadruple.

Success in Sunday’s Carabao Cup final against Chelsea has secured their first trophy of the season but there remains a long way to go in the FA Cup, Champions League and Premier League.

Norwich await at home in Wednesday’s fifth round cup tie, Inter Milan visit next week as they attempt to overturn a 2-0 last-16 Champions League deficit while the gap to league leaders Manchester City is six points with a match in hand.

While the general chatter about winning all four trophies may be growing Klopp is not even considering it.

“No team in the history of English football has won the quadruple, right? That is because it is incredibly difficult,” said Klopp.

“We are still behind Manchester City (in the Premier League). We are not close to thinking about any crazy stuff like that.

“The only team who could get is us because we won the first final but even City, with all the quality they have in the last years, couldn’t win the quadruple.

“That says pretty much everything. It is really difficult and that is why nobody has to dampen any kind of excitement.

“The reality to win something is you have to be focused on the next step and not the one after that because if you do that you will struggle.

“We are close to nothing at the moment. It is better people think we can do good things than we are useless but it is not important or helpful.

“We just want to think about Norwich (in the FA Cup on Wednesday).”

There are likely to be plenty of changes for the visit of struggling Norwich with the six players – Caoimhin Kelleher, Trent Alexander-Arnold, Virgil Van Dijk, Andy Robertson, Fabinho and Mohamed Salah – who played the full 120 minutes at Wembley unlikely to feature.

Klopp was set to make changes for the cup match regardless with another intensive three weeks coming up but midfielder Thiago Alcantara, who pulled out of the team at the weekend after complaining of a tight hamstring, will not be available until next Tuesday’s Inter Milan game at the earliest.

The Wembley celebrations were relatively short-lived with another fixture so close and Klopp does not think there will be a problem refocusing for the FA Cup.

“The party was in the dressing room and then we were all in the bus and then waiting for Caoimhin (who was in doping control).

“Then you cannot sleep, or at least I can’t, and we gave the boys the day off yesterday.

“I don’t think it is a big problem, it is pretty rare you win something and then the whole decisive part of the season is only starting.

“I am confident we take the game very serious.”

Klopp has also played down the seriousness of Harvey Elliott’s celebrations after the FA asked him for an explanation as to why he celebrated on the pitch holding a smoke cannister.

“He made a mistake but only because of the role model we have as people working in public. I will tell him, I can promise he will not do it again,” said the manager.

“Do I think it is the worst thing that happened in the world of football? No.

“But in the moment I got carried away and I am nearly four times as old as him so it can happen.”