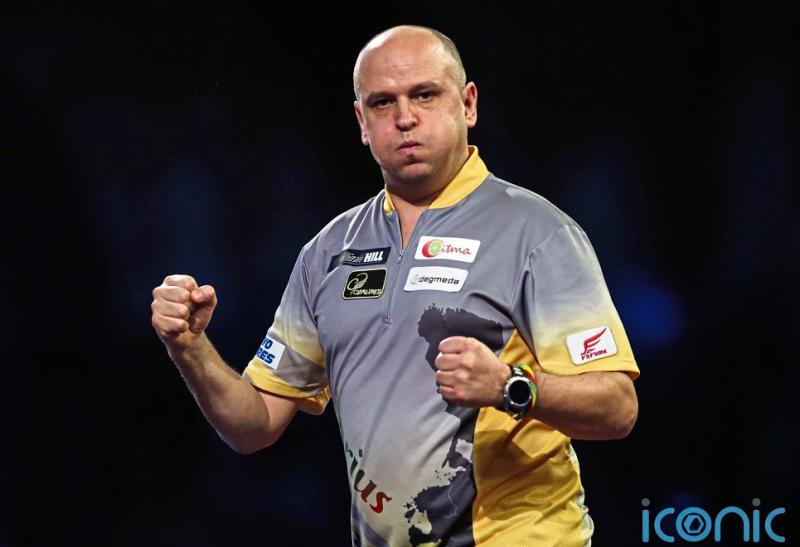 Darius Labanauskas hit the second nine-dart finish in 24 hours at the World Championship.

After debutant William Borland dramatically won the deciding leg of his first-round match against Bradley Brooks in the quickest way possible, the Lithuanian matched the feat on Saturday.

In the fourth leg of the first set against Belgian Mike De Decker, Labanauskas followed up an opening visit of 177, with a maximum 180 before checking out with a treble 20, treble 17, double 18 combination to seal the set.

Borland sent Alexandra Palace wild on Friday night with a perfect finish to dispose of Brooks.

With the scores locked at 2-2 in the deciding set Borland, from East Calder, filled the bed with three treble 20s, followed by two more and treble 19 on his second visit.

The 25-year-old then hit two more treble 20s and finished on double 12 to go through in style.