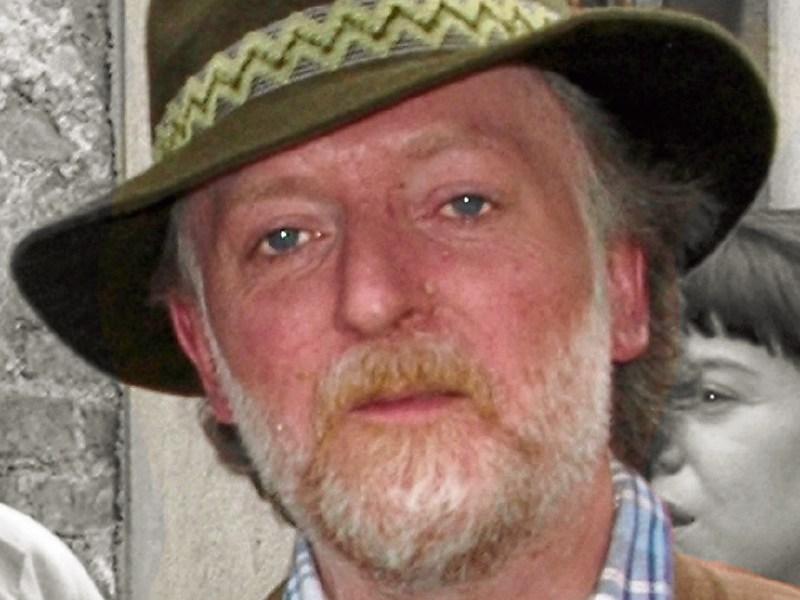 LITERARY Limerick will mourn the death of Poet Mark Whelan of Vizes Court, off St. Joseph’s Street, and formerly of Colbert Park, Janesboro who passed away (peacefully) at University Hospital, Limerick on Tuesday January 19 2021.

Mark was born in Limerick in 1960 and, with Paul Sweeney, was instrumental both in the establishment of Cuisle Limerick City International Poetry Festival, of which he was a committee member, and in the revival of The Stony Thursday Book literary journal, for which he was editor of four editions.

His collections of poetry are Scarecrow Dyptich (Anam, Press, 2003), Pushing The Pull Door (Revival Press, 2008, with illustrations by Limerick artist John Shinnors), and The Seer of Wounds (Doghouse, 2012).

He was a regular reader at the White House Poetry Revival sessions, hosted frequently by the late Barney Sheehan.

I have fond memories of Mark going back to the mid-late 1970s when we used to frequent The White House along with John Liddy (poet), John Shinnors (artist), Séamus Ó Céinnide (journalist), Pád Lysaght (printer/author), Michael Curtin (author), Willie English (poet) and others. Mark occasionally crashed in my flat in Upper Mallow Street in 1979.

I remember his two great loves were the writings of Samuel Beckett and the music of David Bowie. I left Limerick to attend UCC and Mark visited me in my rented cottage on the South Douglas Road but eventually we lost contact. On returning to Limerick recently I tried to renew contact with Mark but alas that ambition was thwarted by the pandemic.

On one occasion after an evening in The White House we went back to Mark’s home in Janesboro where, in an unusual accident I chipped some of my teeth and have a little scar under my chin. That memory always remained with me because sometimes when I brush my teeth I recall that night.

When Claude and Darina Byrne (both well-known actors and members of the College Players) handed over the reins of The Castle Poets to me in 1980 I organised a summer season of poetry readings at King John’s Castle. Sadly there was no money to produce an anthology of poetry that year and I left Limerick in 1981. However, that one season we had poets like Michael Hartnett, Desmond O’Grady, Knute Skinner and others. It was not just a platform for the more established poets but a forum for aspiring and fledgling poets.

The programme also included musicians and singers. We were ambitious in what we presented and I recall developing a love of post-war Russian poetry, especially Yevgeny Yevtushenko. Mark was a frequent reader that summer of his own poetry and the poems of others that he loved.

I recall that we attempted to put on one of Beckett’s plays (can’t remember which one) in which I, Mark and John Liddy read from behind a curtain. In the dim light I made a complete mess of my lines and still cringe with embarrassment about it. Enough said.

Liddy and Whelan were great! In any case The Castle Poets were part of Limerick’s proud literary heritage and Mark Whelan was very much part of that.

As far as I remember Mark won a scholarship in a writing contest and the prize was a week-long workshop with the late John McGahern. We were all jealous (even though we didn’t enter the competition) but delighted for Mark.

Poetry has moved more centre stage in recent times. There is something about poetry that seems to be more appropriate than prose for momentous occasions (for example, Amanda Gorman reading at the recent Joe Biden presidential inauguration in Washington).

In times of crisis or on occasions of deep sorrow we look to poetry to express what would otherwise seem impossible. That is the beauty of poetry as both art and craft.

Mark was a wordsmith who grappled with life’s issues. Like a butterfly emerging from a cocoon the struggle to liberate our true selves from the things that bind us strengthens our wings.

Although the following poem was not written for or about Mark I wish to dedicate it to him.

The unconsummated days seemed empty as a blue sky.

But when the darkness came he saw the stars,

hidden by the effulgence of the sun,

and a fusillade of memories tumbled down

like hail that danced on a tin roof in thunderous sound.

His skin is staining brown with aging pigmentation

Like foxing on the love letters he keeps near the sepia photo.

He is like a caterpillar with an adumbration of better things,

Fearful of the shadows that devoured her – Waiting for his wings.

In a sense we are all waiting for our wings. Mark has got his and he has flown. He had a vision for Limerick to become the poetry centre of Ireland -May it come to fruition in the near future as a tribute to his name and memory!