Then & Now: The very best time of the year 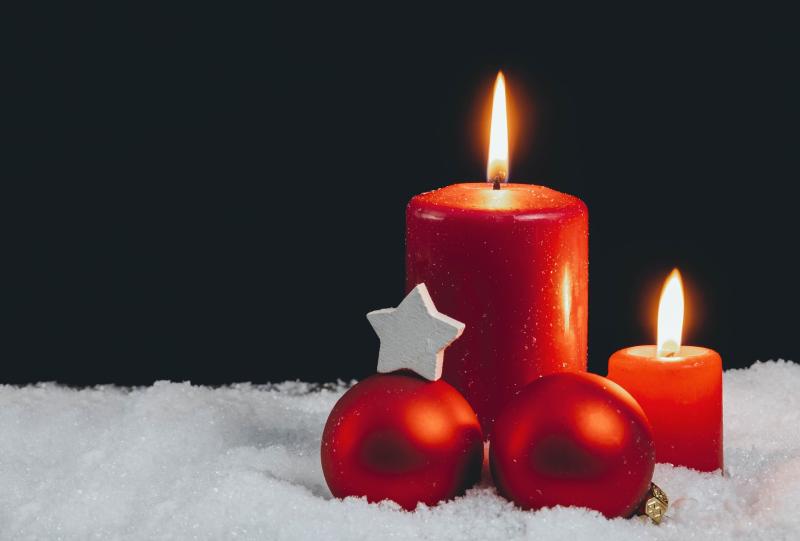 CHRISTMAS EVE in times past was spent mainly on the last preparations for the festival including the food for the next day’s dinner, traditionally the most plentiful and elaborate of the year.

The dinner usually included fowl-chicken or a goose-as well as bacon mutton or beef and all of these as well as cakes puddings and pies were made ready for the final cooking the next day.

In almost every house the Christmas candles were lit at nightfall on Christmas Eve with a brief prayer and the Angelus or some little ceremony. The lighting of candles was done to show that Joseph and Mary, who found no room at the inn in Bethlehem, would be welcomed to the house.

The custom of getting the youngest child in the house to light the principal candle was widespread in some areas. But the head of the household or a Mary or Joseph could also perform this task.

Candles set off by sprigs of holly were placed on all the windows of the house to guide and welcome wanderers on this special night.

It was a custom in some houses to set the table for three people and to leave the doors open to welcome the travellers to Bethlehem.

A dish of water was left on the window ledge to be blessed by the ‘’travellers’’ and then kept for curative purposes. If the principal candle quenched for no apparent reason before the proper time this was considered a bad omen, and a prediction of a death in the house.

Some households left the candles burn all night, but the majority put them out for safety before retiring for bed.

The weather on Christmas Eve was significant and much discussed amongst the older generation. Cold weather with frost or snow was welcomed as this indicated a mild spring and an absence of illness.

They would quote the old proverb ‘A green Christmas makes a fat churchyard’. When it snowed on Christmas Eve the children were told that the geese were being plucked in Heaven.

A new moon on Christmas Eve was considered a very lucky omen. It was also said that the cows and donkeys kneel in adoration of the Christ Child at midnight on Christmas Eve.

A lot of people attended Midnight Mass which was on at twelve midnight unlike at present. The pony and trap was a favourite means of transport and others came by bicycle or walked.

It was a special ceremony, and all households would be represented. People would visit the crib and kneel and say a prayer of thanks for the past year. It was a difficult time for young children who would be looking forward to Santa Claus arriving later that night.

The introduction of the Lounge Bars in the 1970s has been blamed for the change to an earlier time, for Christmas Eve Mass. The music would finish, and the bar would close around 11.30pm and people would attend the Mass.

The church would be packed and a feel good factor present, and the guard would drop as the heat and the spirits rose.

I remember several occasions in our local church when the choir was in full voice, others would join in, and the words were far removed from the original. The talking and laughing and an occasional snore and breaking of wind made it difficult for others to concentrate.

Many people still lament its passing at that particular time which had so many customs attached to it.

We have come through another difficult year, which has challenged us all. Despite the few joys, and all the trials, we look forward to another new year with courage and hope.

We have a lot to be thankful for this Christmas as it is the time of the year that unites us by the message it gives, about peace, joy, happiness, caring, and love.

Happy Christmas and New Year to all.

LARRY BEGLEY is the author of a new book ‘Mountcollins and its Vicinity’ which is on sale in local shops at present.

It is a very comprehensive insight into the past times of the parish where the three counties of Cork, Kerry and Limerick meet.

The book has nine pages of contents covering people places and events and 436 pages of detail with a hardback cover featuring the scenery of Mountcollins village and surrounds.

Larry had been collecting the history, folklore, customs, songs and stories around the area over the years. When Covid and lockdown arrived, he decided to publish his research for future generations to enjoy.

Larry is a well known figure in many walks of life who has left his mark on the many organisations he has been involved with. He taught in the local primary school for 38 years and his work there helped prepare the pupils for the next stage in their education.

He served the local GAA club as an officer from 1972 serving as secretary and later chairman. He was trainer and manager of Mountcollins when they won their first County junior football championship in 1990.

Larry was also associated with underage team success at west and county level.

The west Limerick School's Board was formed on July 11, 1976, and Larry was Secretary, with Noel Liston as Chairman. Mountcollins won the first ever schools final that year defeating Kilfinny adding many more titles in the following years. He was one of the trustees when the club purchased its first playing field in 1981 from the Land Commission.

He was very involved in the fundraising which led to the putting in place of a community centre, dressing rooms, stand and lights. Larry was a founding member of West Limerick Resources, which has greatly assisted all parishes with grants to develop facilities and raise standards.

He became known as the go to person for his ability to fill forms and get grants for organisations throughout their catchment area. The launch of the book took place in Mountcollins Community Centre on Friday, December 10.

It was a joint launch by Mountcollins native Liam Lenihan Chairman of the Munster GAA Council and Tom Roche from Brosna, Treasurer of Kerry Historical and Archaeological Society. Any profit from the book which cost € 20, will go to Mountcollins Development Association.

Larry's vast contribution to his parish and beyond has been a labour of love and this collection is a credit to his interest in preserving all this social history.

Now safely in book form its importance in recording past times around Mountcollins will continue on long after we are all gone.

To go through the book and review the contents would be impossible but be assured it covers everything that has taken place in Mountcollins and beyond from ancient times to the present day.

Larry is a natural storyteller, and he intends to continue to collect many more stories from around the area famed in music song and dance.