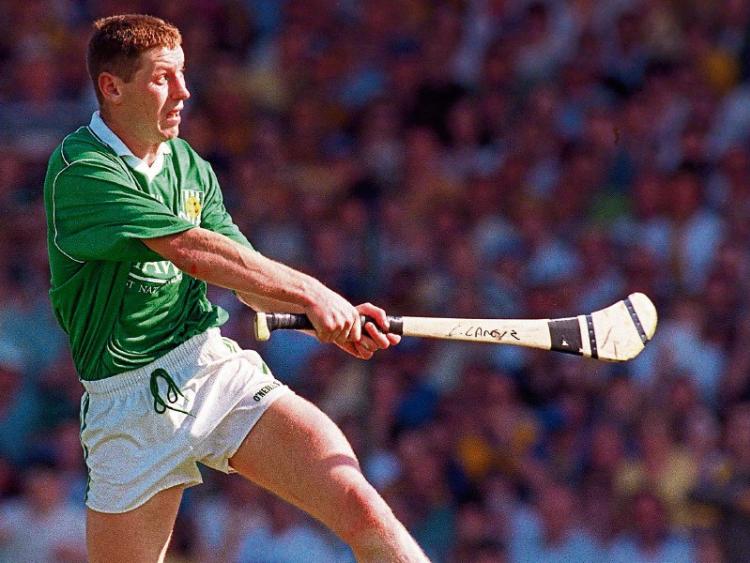 TUESDAY MAY 12, 1929 saw the first inter county matches played at one of the country's famous sports grounds. They don't come any more famous than Limerick's Gaelic Grounds which has witnessed some of the greatest games over many a decade.

The first inter-county games were played there ninety-one years ago, and it was only last year that it received a name change. With all GAA matches off at present due to the Covid-19 virus, and supporters suffering house rest, it may be timely to recall the early history.

It is now the third largest GAA venue in the country, with a capacity of 49,886. Who can forget Ciaran Carey's majestic winning point against All-Ireland champions Clare, on a roasting hot June summer Sunday in 1996? And older readers the four successive Munster finals between Tipperary and Cork which were all hosted at the Gaelic Grounds from 1951 to 54.

In 1961 the official attendance was given at 61,174 with many more locked out. It was a tradition at the time that Cork players togged out at the Railway Hotel and went by car to the Gaelic Grounds. The Ennis Road was chocked with fans walking to the ground and many of the Cork players had to eventually walk to the grounds. Tipperary won by 3-6 to 0-7 and one of their players Tom Moloughney received a serious injury.

It was during his term as President of the GAA in 1926 that William P. Clifford of Boher, came up with the idea of encouraging Gaelic bodies in the different counties to procure and equip Gaelic Grounds, some to be the property of the GAA. It looked a near impossible task at the time, as the GAA had few enclosures they could claim were devoted exclusively to native games, and none outside Croke Park belonged to the Association.

An unexpected boost for William's proposal came with the abandonment of the 1926 Munster Hurling Final between Cork and Tipperary at Cork Athletic Grounds, where the railings collapsed before a record throng of spectators, and it proved impossible to clear the pitch to allow the game to continue. It took two further meetings at Thurles to decide that memorable southern Championship in Cork's favour and brought the Munster Council its first big financial windfall.

Into this picture Limerick stepped with its proposal to acquire a Gaelic Grounds in the city, that would be completely under GAA ownership, and eventually a venue capable of holding very large crowds. The Munster Council on October 9, 1926, gave its blessing to the idea and backed the project with a grant of £ 1,000. Limerick searched long and anxiously for a suitable site for its new stadium. Eventually 12 acres, 36 perches of land were bough at Coolraine on the then outskirts of the city.

The all-in cost was £1,200-9-0, and on this the Gaels of Shannonside commenced the big task of laying out the modern sports arena. The opening of the new grounds almost passed without notice, and the first games played there took place on September 9, 1928. They were junior hurling championship games in which Ahane beat Fedamore and South Liberties defeated Young Irelander's. The first inter-county games were played on May 12, 1929 in the Thomond Tournament semi-finals. Clare beat Cork by 3-7 to 2-8 and Tipperary beat Limerick by 2-6 to 2-4, with Clare defeating Tipperary by 2-6 to 2-4 in the final.

The first big effort to raise funds for the development of the grounds came with the official opening of Aonach Cinncore by Ard Runai of the GAA Padraig O'Caoimh on August 24, 1931. This was a joint GAA-Gaelic League venture, of which the Hon Secretaries were Michael De Barra and Seamus O'Ceallaigh. The event attracted a total attendance of 17,324 with gate receipts of £ 1,361-17-6.

This Committee were in financial difficulties often than not in the early stage of field development, and the citizens had to come to the rescue with a guarantee to the bank before very necessary work, that cost some £ 2,000, could be undertaken. That was the only occasion any outside help was accepted, and it is a noteworthy fact that the citizens were released from their obligations within a short time and not one of them lost a penny on the transaction.

This Committee undertook the scheme of levelling and drainage that laid the foundations of the splendid playing pitch of today. It was all pick and shovel work , plus horse and cart, for the bulldozer was then only a thing of the future, and unknown. They also built the first big concrete outer wall. In a long uphill struggle, surrounding banks, were gradually improved and permanent sideline seating was installed. Outer walls were extended to enclose the entire grounds, and improved entrances and exits provided.

The big decision these men soon had to make was whether to develop a field adequate for the requirements of local Championships and national League games, with a ceiling of some twenty thousand spectators, or an arena capable of taking the best games the GAA had to offer. The Directors chose the latter course and launched a scheme designed to put the Ennis Road field for once and for all time on the map as a venue for the big games of the Gaelic year.