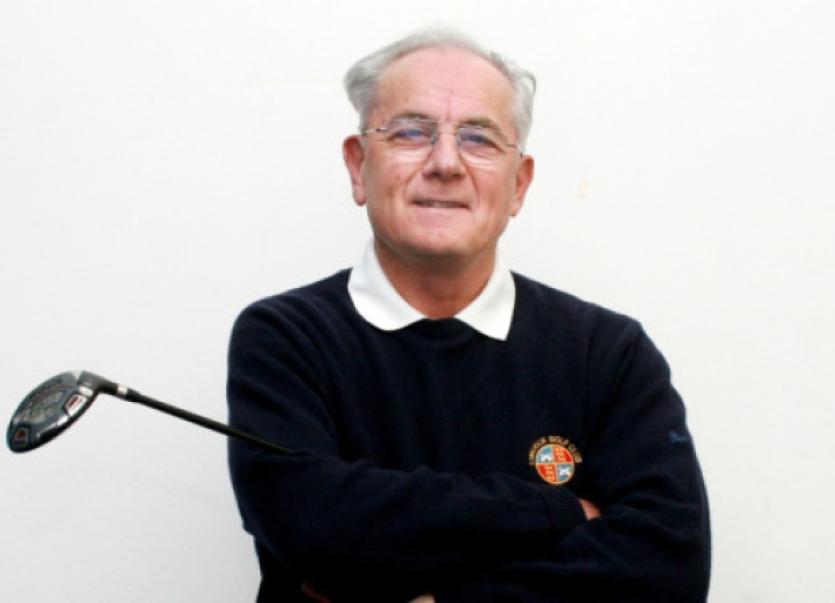 ONE of my pet hates is the over planting of trees on golf courses, especially when they ‘obstruct’ play.

The scarcity of trees is not the only reason why I prefer links golf to the parkland variety. I prefer golf courses with open vistas.

I would never hesitate to remove any tree that did not have strategic merit or wasn’t useful as an aiming point or fulfilled a genuine safety or masking purpose. When planted close to greens and tees, trees can be damaging to the soil; competing with the grass for essential nutrients, casting long shadows and blocking out the sun.

My anti-tree stance is not as unusual as you might think. Dr. Alister Mackenzie wrote: playing down fairways bordered by straight lines of trees is not only inartistic, but it makes for tedious and uninteresting golf. (Courses are) ruined by planting rows of trees like soldiers along the borders of fairways.

Donald Ross, an equally famous golf architect said: As beautiful as trees are we must not lose sight of the fact that there is a limited place for them in golf. We must not allow our sentiments to crowd out the real intent of a golf course to provide fair playing conditions. If a tree interferes with a properly played stroke, it is an unfair hazard and should not be allowed to stand.

Nobody disagrees that trees are a source of natural beauty and good for the environment by creating oxygen and assisting drainage. Nice specimen trees can often be appealing by adding visual interest on otherwise featureless terrain. And, of course, trees are useful when masking the view of something unsightly. But, if a tree’s effect on playability isn’t positive it should be consigned to the background where it can do its bit for the environment without causing stress to golfers.

Trees that narrow playing corridors reduce sunlight. Too much shade is instrumental in creating wetter fairways in winter and a lack of grass in summer. When campaigning for the removal of trees, it’s best to emphasize the agronomy pros and cons and keep it in mind that golf courses evolve and develop.

They are never in a fixed state. Trees grow out as well as up and when they grow out too much they change the playing area into something that was never intended. With due deference to being careful not to cut ‘one tree too much’, I still think that too many of our golf courses have too many trees.

I appreciate that without hazards golf would be dull but where trees are concerned, I’d prefer them to be in the background and only come into play when one is badly out of position. Even then, if a tree is in the way there should always be the opportunity to go over it, under it, or around it if you are skilful enough.

The case for Foursomes

THE Advantages of Foursomes Golf – there’s no doubt that slow play is an ongoing concern, and not just in elite events.

In many ways, club golf is as bad (for slow play) as the professional game. Golfers seem to prefer playing in fourballs with everyone insisting on holing out. It is so slow, especially in the cold winter months.

I don’t understand why we don’t play more alternate shot golf at club level in the winter.

After all, alternate shots golf retains the sociability of playing in a four, while playing as quickly as a two.

Two players playing the same ball alternately strikes me as not much different from doubles tennis but for reasons that escape me, it isn’t popular. Mention playing a foursomes match often results in howls of disagreement.

I never understand why? My favourite, national golf competition was the Barton Shield. It seems that nowadays, everyone wants to hit every shot. The trouble with foursomes, someone once said, “is there isn’t enough hitting.”

But, the joy of dovetailing perfectly with a partner and moving along briskly appeals to me. When my partner went to the tee to drive off while I waited down the fairway for the ball to arrive, before hitting the second shot was one of golf’s pleasures; two golfers combining as if they are one.One reason why the Ryder, Walker, Curtis and Solheim Cups are such fun to watch are the team matches. Strategy is involved.

Foursomes partnerships require more thought than simply pairing a long hitter with a short-game expert. You have to assess the individual characters of the two players.

Will they gel? Does one talk too much, the other too little? Do they play at approximately the same speed? Do they speak the same language, literally and metaphorically? Do they use the same make of ball?

The distance that the modern golf ball flies helps the long hitting elite players immensely but it does not help the shorter-hitting average golfer in the slightest.