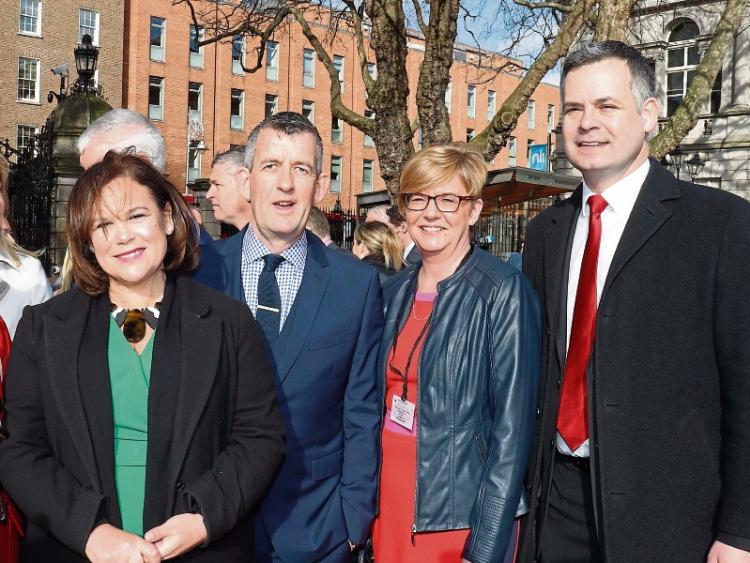 THE Sinn Fein president Mary-Lou McDonald has written to Taoiseach Micheál Martin to urge him to intervene over the Coonagh-Knockalisheen Road.

Ms McDonald was speaking after taking part in an online meeting with residents of Moyross, who are furious at the Green Party leader and Transport MInister Eamon Ryan over the delay to the €46m project.

On Monday, local Green TD Brian Leddin indicated two-thirds of the road would be completed – but this has only increased anger.

Now, Ms McDonald who met residents with local Sinn Fein TD Maurice Quinlivan, says: “This project is one of 12 regional and local road improvement schemes that were identified for development in the National Development Plan (NDP) which the current programme for government commits not to ‘frustrate or delay’ whilst the process of review of the NDP is underway.”

She says comments from both Mr Ryan and Mr Leddin have “created uncertainty” over the project, which is seen as crucial as opening up the northside estate.

Ms McDonald believes Mr Ryan has “reneged” on a commitment in the government programme.

“The response to the minister's decision is one of universal anger and outrage. The origins of this road go back to the Fitzgerald Report of 2007. It was commissioned to address issues of social exclusion in Moyross and other disadvantaged areas of Limerick City. John Fitzgerald identified that a key element in developing economic activity, and ending the isolation of deprived areas, is through putting in place a sound roads and transport infrastructure. His report highlighted that Moyross road infrastructure meant it was in a cul-de-sac with some of the major problems being experienced at the furthest end of the estate,” said the Dublin Central TD.

She concluded: "Abstract promises of improved connectivity and light rail will not fix the Moyross road infrastructure, however the distributor road project can and will. The importance of completing this project cannot be overstated. The government must deliver on its commitment."