Parties set out their stall on €58m Limerick road 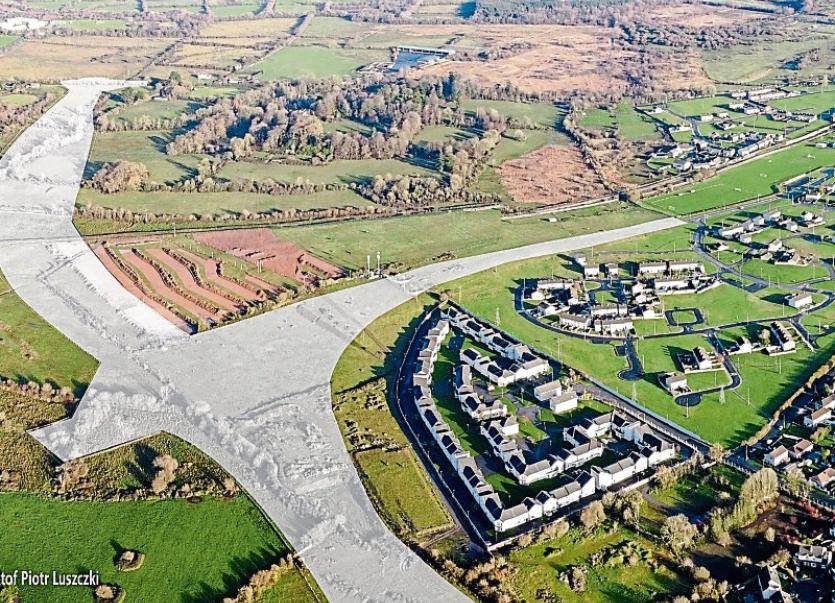 An overhead view of the route of the proposed Coonagh/Knocklalisheen Road | PICTURE: Krzysztof Łuszczki

A NUMBER of political parties and groupings have held meetings to set out their stall on the €58m Coonagh to Knockalisheen Road.

Fine Gael members in Limerick and Clare have formally endorsed the scheme, which is seen as being crucial in the opening up of Moyross.

Meanwhile, Sinn Fein president Mary Lou McDonald held a meeting with residents and lent her party’s support to the plan.

And local Fianna Fail TDs Willie O’Dea and Cathal Crowe have both weighed in behind the link – with the former Defence Minister saying he is “furious” and “does not feel obligated” to support the programme for government if this is not delivered upon.

It leaves the Green Party increasingly isolated in its views on the road, which would see see Watch House Cross linked to the Coonagh roundabout via a new roundabout at Moyross Avenue which would link to the Knockalisheen Road on the other side.

It’s seen as being crucial in opening up vast tracts of land for development, and ensuring Moyross is no longer isolated.

In a short statement following an online meeting, Fine Gael’s councillors and Oireachtas members from Limerick and Clare have expressed “unanimous support” for the proposed road.

This evening a meeting of @FineGael Councillors and Oireachtas members in Limerick and Clare was convened to discuss the Coonagh to Knockalisheen Road with all steadfast in support of the original project as approved and our determination to see it delivered. @buildourroad pic.twitter.com/bUajZUmWJw

They have called for the immediate signing off of the original project without amendment.

She wrote: “It is time to honour your commitments in the programme for government. This community will no longer be excluded.”

Great meeting with Moyross Partners who are determined that govt must @buildourroad It is time to honour your commitments in the programme for government. This community will no longer be excluded @EamonRyan @LeoVaradkar @MichealMartinTD https://t.co/uSVX5TmCua

“I am surprised by his stance on this. I know about their moral arguments, but I had no idea there would be any kind of reticence in implementing something that is clear as a bell in the programme for government,” he added.

The Construction Industry Federation has also called for the completion of the road.

Its southern regional director Conor O'Connell stated: "It is vital for communities on the northside of Limerick City. It is part of a matrix of projects in the region that will facilitate sustainable levels of housing in the area to meet population demands. This road is part of the National Development Plan, the Limerick Regeneration initiative and is part of a very important pipeline of projects for the industry. This project is also critical in the development of an inclusive and sustainable community in Moyross. Cancelling projects, previously considered critical and agreed within the National Development Plan, undermines investment in this important region, particularly without any prior consultation with these communities."

The Limerick Leader has contacted local Green Party TD Brian Leddin for comment. Earlier in the week, he suggested two-thirds of the road should proceed.