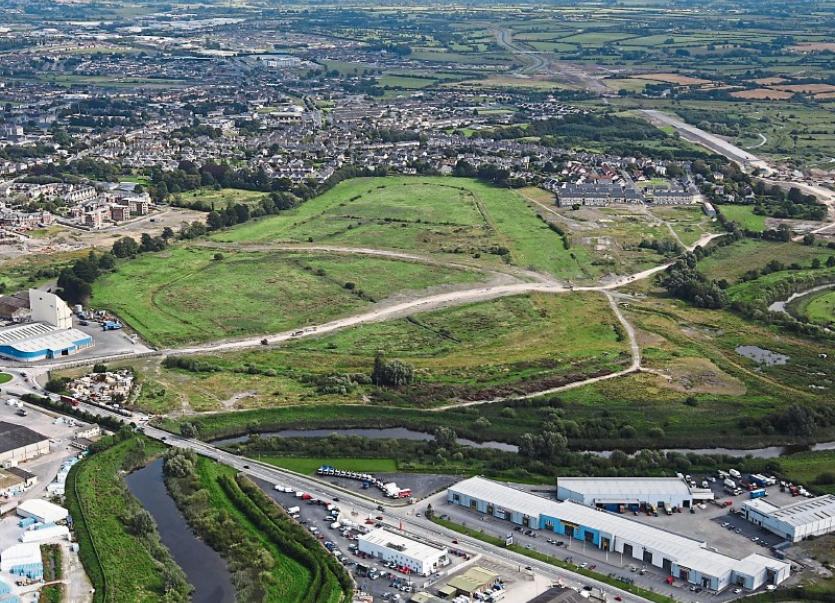 Agent: 'It is a very important strategic development site for the future of the city'

THE former Limerick racecourse site at Greenpark in Limerick city has sold for €8m – one third less than the guide price of €12m.

The 116.5-acre site at Greenpark is one of the largest mixed-use development sites to be brought to the market in Limerick in the past decade.

The Limerick Race Company announced the sale last February, saying it will allow for future investment at its current site in Greenmount Park, Patrickswell. The guide price was €12m.

Mark McMahon, chairman of the Limerick Race Company, said: “With an increasing appetite for development land outside Dublin, we feel the time is right to sell the site of our former racecourse to invest in the future of racing in Limerick at Patrickswell, where we have been since 2001.”

Savills – joint agents with Cushman & Wakefield – confirmed to the Limerick Leader that it has been sold in recent weeks. While they would not divulge the price struck, the Leader understands it is in the region of €8m. The new owners are a group of Limerick businessmen.

Peter O’Meara, Savills' commercial director, said there was lot of interest in Greenpark but it is “a big chunk of land”

“It is a big project for somebody. There is mixed zoning on it – residential towards the rear of it where planning applications have been made before and more commercial enterprises where it fronts the Dock Road.

“There is a plan for a road through it into Alandale but that was part of the Local Infrastructure Housing Activation Fund (LIHAF) so I’m not quite sure what the position is with that with the local authority any more. Certainly there was funds put aside for a road to link the Dock Road over to Alandale but what happens with that remains to be seen,” said Mr O’Meara.

LIHAF funding of €4.93m is potentially available to aid development.

Mr O’Meara says it is a “cracking site”.

“There’s no question about that – it is 116 acres in a very desirable location. It is a very important strategic development site as far as the future of Limerick city goes. My understanding is they [new owners] are going to start masterplanning it now,” said Mr O’Meara. Masterplanning is to develop a clear vision and coherent strategy for the future sustainable and phased development of lands.

The site is largely irregular in configuration and is generally flat throughout. It is currently laid out in grass and has the benefit of partial infrastructure in place in the form of an access road off Dock Road which is currently used to access the Greyhound Stadium. The land is also capable of being accessed off South Circular Road via Greenpark Avenue on the eastern boundary of the site.

“It has the benefit of multiple zonings to include residential and mixed use development,” said Mr O’Meara.

Under the Limerick City Development Plan 2010/2016 (Extended) the land is zoned as follows; 2A residential; 5A mixed use; 5C neighbourhood centre and 6A public open space.

Full planning permission was granted in November 2018 under reference 171190 for the development of 30 residential houses.

Limerick Racecourse, which had been at the site for over 130 years prior to its closure in 1999, has hosted several significant events including the visit of US President John F Kennedy in 1963 and Pope John Paul II in 1979.

Horse racing in Limerick has taken place at seven venues for over 225 years with the first Limerick racecourse being established in 1790. The current racecourse, Greenmount Park, was the first new racecourse developed in Ireland for 60 years.

The first meeting at the Patrickswell site was held in October 2001 and attracted over 18,000 racegoers. The racecourse counts the Munster National and its Christmas Racing Festival – getting ever closer – among its racing calendar highlights.