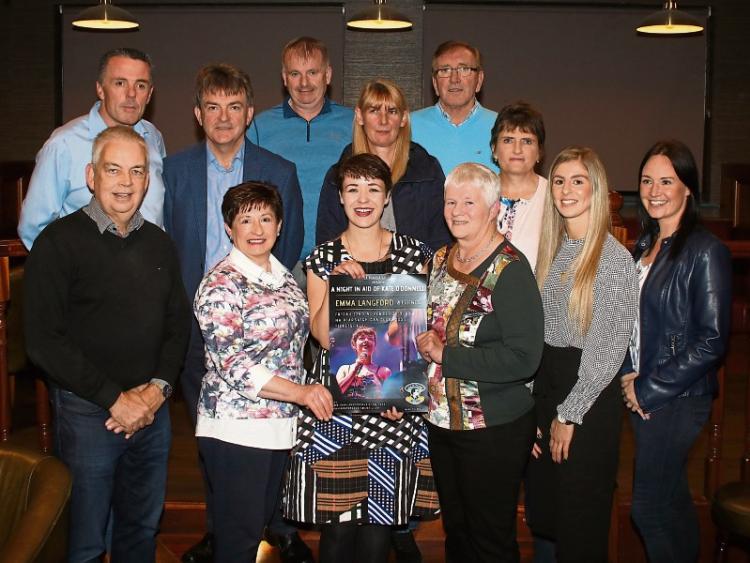 EMMA Langford is to return to home turf for a very special event to raise funds for a young woman diagnosed with a rare cancer.

The Caherdavin-born singer will take to the mic with friends at Na Piarsaigh GAA Club on Friday night, November 22, for a special concert in aid of former camogie star Kate O’Donnell, 27, who was diagnosed with a form of liver cancer which affects just one in five million people worldwide.

Having undergone surgery for the condition, called fibrolemellar, Kate now needs access to a licensed treatment called Atezolizumab – which costs almost €6,000 per vial.

Her friends in Na Piarsaigh have raced to her support, raising more than €70,000 to help fund the treatment.

Now, Emma will headline the fundraiser, which kicks off at 8pm in the Elm Drive clubhouse.

She said: “Kate is only a couple of years younger than me. To know that a girl who has her whole life ahead of her needs help instantly, it was a cause I wanted to be a part of.”

Emma admits she is “probably the least sporty person in Caherdavin”.

But, she added: “It’s something really beautiful and really touching when a community can come together to join forces and help someone like this. I’ve done lots of stuff all over the country and all over the world. But to come back to Caherdavin and be part of this event is huge.”

She will be joined by the Dálaigh brothers and Ger O’Donnell, playing original music and classics.

There will be a jam session during the event, with Emma calling on club members to bring their instruments to join in.

She said: “We were wondering how we were going to get her as she is so high-profile and wanted by everyone. But when I got in contact with her, there were no questions. It was just a case of how can I help, and what can I do? It just goes to show the type of person she is. For such an amazingly talented musician to want to give up her time like that is just a testament to her as a person.”

And they are also calling on local businesses to donate, in return for an acknowledgement on the night.

Information on Kate’s appeal can be found online at http://tiny.cc/l3tjez.